Bs”d Shemot 5781
Rabbi Shmuel Rabinowitz, Rabbi of the Western Wall and Holy Sites
This week, we begin reading the book of Exodus and we enter a world different from the one in the book of Genesis.  The Jewish nation has settled in Egypt and has grown to the point of seeming like a threat to Egyptian rule. The king of Egypt consults with his advisors and makes a fateful decision: to enslave the Jewish nation and embitter their lives. 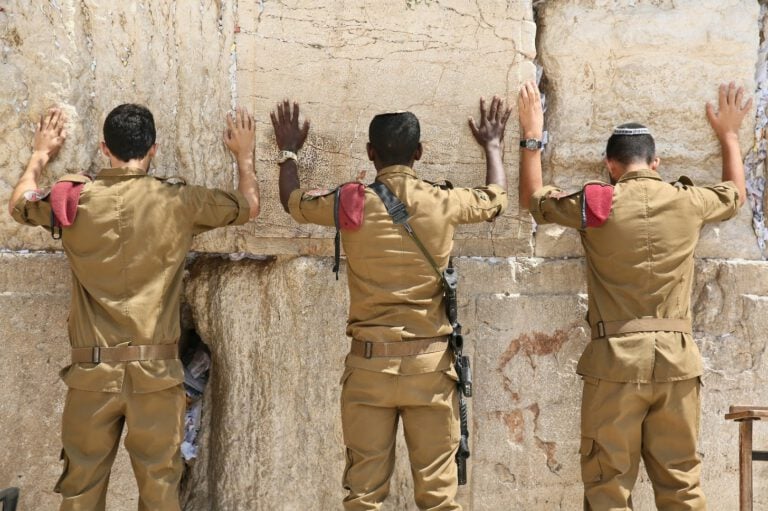 The enslavement does not suffice with hard labor in construction and fieldwork.  It also includes radical ideas about thinning out the population: “And Pharaoh commanded all his people, saying, ‘Every son who is born you shall cast into the Nile, and every daughter you shall allow to live’” (Exodus 1, 22).

And then redemption arises from this darkness.  A baby is born to a known family, and after three months of hiding him, the desperate mother puts him in a cradle on the banks of the Nile river.  King Pharaoh’s daughter goes to bathe in the river, finds the baby, and adopts him.  The boy, named Moses, grows up in the palace of the Egyptian king. Later, Moses gets into trouble after killing an Egyptian who was abusing and hitting a Jew.  He is forced to escape from Egypt and arrives in Midian where he marries Zipporah, has two sons with her, and settles there.

But Moses’ destiny was not to live a peaceful life in Midian.  The Divine plan changed his life.  One day, Moses was shepherding his father-in-law’s herd when G-d revealed Himself to Moses from within a burning bush, telling him to return to Egypt and represent the Jewish nation before Pharaoh ahead of their liberation and exodus from Egypt.

Moses does not accept the job easily.  He tried to argue and refuse it five times, offering a different excuse each time for why he was unsuitable for the job and why his mission was bound to fail.  Let us focus on his fourth refusal when Moses made the following persuasive claim:

Moses said to the Lord, “I beseech You, O Lord. I am not a man of words, neither from yesterday nor from the day before yesterday, nor from the time You have spoken to Your servant, for I am heavy of mouth and heavy of tongue.”
(Ibid 4, 10)

This is actually a significant claim.  Moses did not have rhetorical skills and even suffered from some kind of speech impediment making his speech unclear.  This disability, Moses claimed, was significant enough to make him unsuitable for the job he was being told to do.  One of the skills a leader needs is the ability to make speeches and persuade the masses, and this was something he felt he could not do.

Reading G-d’s answer, it seems that He did not promise Moses that his speech impediment would disappear.  There was no imminent miracle.  Moses would get G-d’s help, and he would be able to speak before Pharaoh and the nation and deliver His words, but he would remain inarticulate.

This begets the questions – Why wasn’t this handled differently? Why was Moses taking on the leadership position with this speech impediment?  The Ran, Rabbi Nissim of Gerona, a Spanish sage of the 14th century, explained that had Moses been an articulate speaker, skeptics could claim that the Jewish people accepted the Torah only as a result of Moses’ charisma. But since it was actually difficult to listen to Moses, it was clear that we did not accept the Torah because we were impressed by Moses.

There are dangers inherent in rhetorical skill. A leader with outstanding speaking skills can persuade the masses to follow him even if the content of his words is not necessarily true. Moses, as leader of the nation, carried no external glamor so that when the Torah would be given by him later on, it would not be accepted by the nation because they were carried away by momentary enthusiasm.

The Torah had to be received in a state of composure, with consideration and understanding of its significance.  For Divine truth to be taken to heart by people, it had to be devoid of external glamor.  Truth has to be clear from content, not presentation.

A person interested in investing and advancing in Torah learning and fulfilling commandments must be prepared for the fact that Judaism does not always look outwardly glamorous.  Satisfaction and joy come when the focus is primarily on content and not on how things look or sound.  Investing in our internal world is the correct and better choice