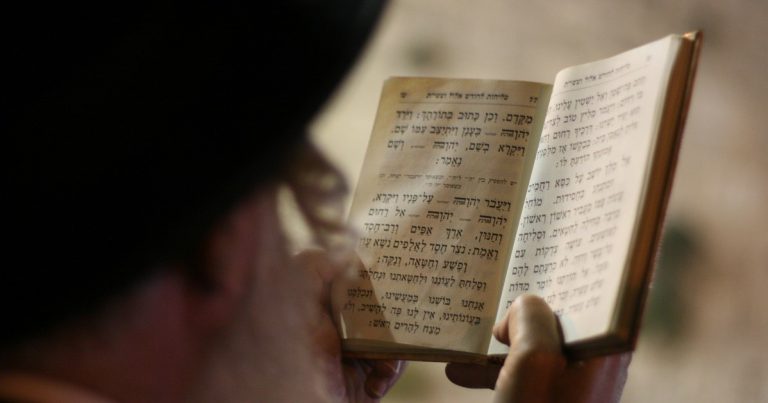 According to the Torah’s statutes, a person who comes in contact with a human dead body, or was even under the same roof as a dead body, becomes impure.  The implications of this impurity focus on the proximity of this person to the Temple.  Nowadays, when we have no Temple, there is almost no practical significance to these halachot (Jewish laws) about impurity.  In actuality, we have probably all been under the same roof as a body, in a hospital or at a funeral, for example.  But when the Temple stood in Jerusalem, it had significance.  Such a person could not enter the area of the Temple or come in contact with the sacrifices, and certainly could not eat food that had purity, such as certain sacrifices or “truma” that was given to the kohanim (priests) from the agricultural harvest.

So, what was this person supposed to do? The Torah offered him a way to purify himself using the red heifer.  The details of the commandment are less important for our purposes, but we will describe them briefly.  A red heifer is located that has never been used.  It is slaughtered and its meat is burned, and then the ashes are mixed with pure stream water followed by a special ceremony that lasts seven days during which drops of this water are sprinkled on the impure person.  This description sounds foreign to our western ears, but this does not mean that western culture is better than ancient rituals customary thousands of years ago. The significance of these ceremonies can only be understood after profound intellectual and emotional efforts.

For the sake of historical accuracy, it should be noted that the ceremony of the red heifer was mocked even in ancient times.  The well-known commentator Rashi (Rabbi Shlomo Yitzchaki, France, 11th century) said the following about the words “This is the statute of the Torah” at the beginning of this week’s parasha:

“Because Satan and the nations of the world taunt Israel, saying, ‘What is this commandment, and what purpose does it have?’ Therefore, the Torah uses the term ‘statute.’ I have decreed it; You have no right to challenge it.”

This is not to say that the commandment has no reason or logic.  It would be mistaken to think that G-d gives commands that are meaningless.  Maimonides, the great Jewish thinker, writes adamantly about this:

“But the truth is undoubtedly as we have said, that every one of the six hundred and thirteen precepts serves to inculcate some truth, to remove some erroneous opinion, to establish proper relations in society, to diminish evil, to train in good manners, or to warn against bad habits.”

This doesn’t mean we understand everything. This definitive statement is a general one, but when we look at each commandment individually, we definitely find some we don’t understand.  This is where the value of obedience comes into play, or as Rashi put it: “I have decreed it; You have no right to challenge it.” As people, as Jews, we obey G-d’s statutes and are sure this is the right and best way to live.

When we look at the stories in the book of Exodus of the tabernacle being built, we find a sentence that is repeated many times.  Everything that was done, was done “as the Lord had commanded Moses.”  The significance of the repetition is to emphasize that when we are facing a commandment from G-d, we must obey.  We can try to understand it, to research and delve into its meaning, to ask and to search for answers.  But at the same time, the obligation to obey cannot be undermined.

The commandment of the red heifer reminds us, today as well, of the limits of human understanding, and of the obligation and need to recognize our proper place in the face of a commandment from G-d.