What Preceded Receiving the Torah?

The main topic of this week’s Torah portion, Yitro, is “Ma’amad Har Sinai”, the Revelation at Mount Sinai.  At this foundational event, the Jewish nation stood at the foot of Mount Sinai and experienced a public Divine revelation – the only one in human history – during which the nation received the Ten Commandments: Judaism’s ten basic laws that include commandments between human beings and G-d, and between people.  This was the event at which the Jewish people received the Torah. 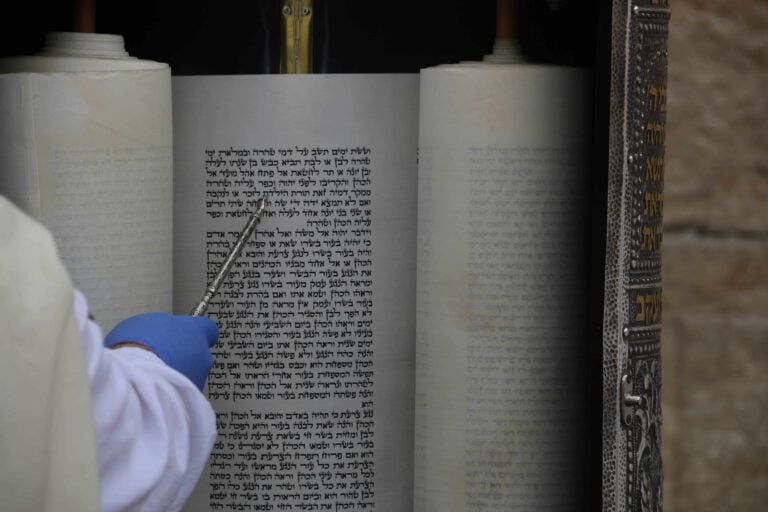 But this parasha is not called “Parashat Har Sinai” or “Parashat Ten Commandments”.  It is called Parashat Yitro, named for Moses’s father-in-law Jethro, a man who was not an integral part of the Jewish nation, was not part of the Exodus from Egypt, and did not receive the Torah.  His full name was “Yitro Cohen Midian”.  He was a priest to an idolatrous religion who came to the Israelites’ encampment in the desert after hearing rumors of the miracles and wonders they had experienced when leaving Egypt.

The parasha is called Yitro because it begins with the story of Yitro coming to the Israelites’ encampment.  What did he do when he got here? He gave Moses some good advice and, actually, taught him normative ruling practices.  When Yitro saw that Moses was busy from morning to night taking care of the many issues that kept coming up, he advised him to create a hierarchical system that delegated authority, with Moses at the top.  In reality, it was a pretty simple suggestion.  But Yitro added that these delegated leaders should be “men of substance, G-d fearers, men of truth, who hate monetary gain” (Exodus 18, 21). Yitro understood that a governing system could be tainted by corruption, so he recommended that only people who were courageous and honest be chosen for leadership positions.

It seems that the Torah was conveying a basic message to the reader: Receiving the Torah is contingent upon repairing our ways.  The Torah does not come into a vacuum.  It needs the tools of good traits, proper proceedings, honesty, and justice.  The Torah can only be received and G-d can only be worshipped on this basis.

Chazal put this principle in simple terms: “Derech Eretz kadma l’Torah”, meaning – decency, kind behavior precede the Torah (Vayikra Raba, 9). Worshipping G-d without humaneness, privately or in the public sphere, is a defamation of G-d’s name.  Any person who accepts the Torah is expected to strive to meet the standards set by Yitro – to be men of substance, G-d fearers, men of truth, who hate monetary gain.

This is no simple feat.  It is the unending work of a lifetime.  A person can always be better.  But we are obligated to move forward on the right path, on the path that leads to accepting the Torah.  This path leads us to spiritualty anchored in humaneness, virtuous traits, loving-kindness, and solidarity. This makes us worthy to receive the Torah.