Different and Together – Parashat Bereishit

And we start anew – at Bereishit.  The Jewish yearly cycle brings us back to the beginning, to Genesis, to pre-historic times.  Again, after completing the book of Deuteronomy, we return to the first of the five books of the bible, to the first Torah portion and to its first verse: “In the beginning of G-d's creation of the heavens and the earth.” Somewhere, way back when, everything began.  The world was created, water was created, along with the heavens, earth, plants, trees, animals, and man. 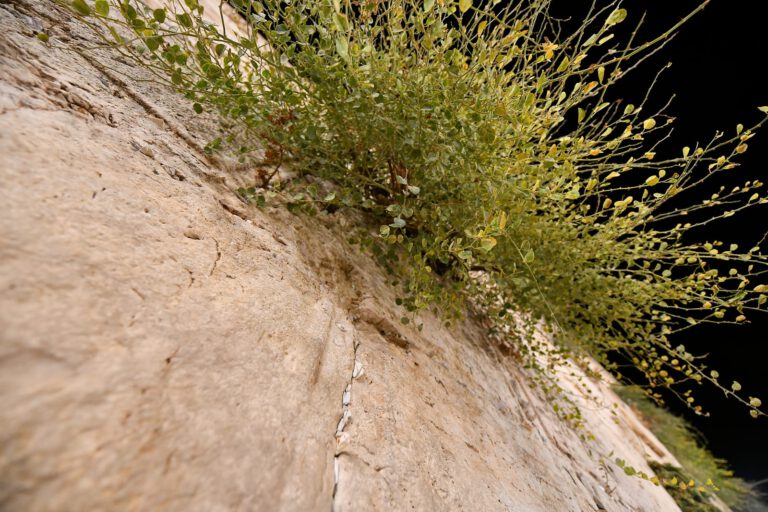 The story of creation can be read in many ways.  For thousands of years, it has been analyzed, examined, and studied in a myriad of methods.  It is no wonder.  The story of creation contains the richness of all of creation.  In just a few words, in a few dozen verses of restrained excitement, the scriptures tell us everything. All the great secrets, all the hidden answers – it is all concealed in this story of mysterious glory: “And G-d said, ‘Let there be light,’ and there was light.”

The most prominent theme in the story of creation is G-d’s opinion of it. We read the sentence “And G-d saw that it was good” seven times. G-d, the Creator of the Universe, acknowledges before us that the creation is good.  It is possible that we might have to occasionally make an effort to reveal this goodness, but it is there.

Is there anything “not good” in creation?  Yes!

And the Lord G-d said, “It is not good that man is alone; I shall make him a helpmate opposite him.”

What is not good is loneliness.  This must be solved.  And indeed, the solution is the relationship between man and woman, the “helpmate opposite him” that G-d creates.

It is important to note: G-d could have prevented this problem in advance, but that was not what He wanted. G-d created man with a problem, with an essential lack of wholeness.  That was how we were to learn that this problem, the issue of loneliness, can be solved by connection.

What is the problem with loneliness? Undoubtedly, it is the most significant factor in depression. So, we ask, what is it about humans that we so need connection? Why is a lonely person one who is lacking something?

When we delve into the significance of the phrase “a helpmate opposite him”, we might be momentarily alarmed.  The solution to loneliness is the relationship between man and woman when their foundational stance is not identical, but actually, one is “opposite” the other. Man and woman face each other and see reality differently from one another.  The solution, therefore, is not to find someone like me to share my life with, but to find someone “opposite” me to share my life with.

A person who is not open to someone else’s perspective on life is a lonely person, even if he or she has many friends. A person who is not willing to hear a different opinion loses out on the richness of life, on the tremendous multitudes of thoughts and feelings.  Loneliness is hard because people were meant to be open, ready to acknowledge and accept differences.  Man was not created for himself, but to look into the eyes of another and be with them, together, in their life.

Since in the animal kingdom the sole purpose of mating is the progeny, it was sufficient for the males and females of the species to have been created independently of one another. After all, their union had no purpose beyond the physical. Since man was to establish civilization and close co-operation between the males and the females would be necessary, it was deemed right to equip them with the maximum number of common characteristics, so that they would be able to identify with one another. This is the meaning of “It is not good for humans to be separate,” i.e. for the male and the female to have separate origins. Adam’s helpmate therefore will be made in a way that will enable her to become his full partner in all his tasks.

Parashat Bereishit does not deal with commandments.  It deals with what comes before commandments, with the human background to laws.  In order to be committed to commandments, we must be human beings.  Relationships create humaneness, make our half into a whole, so long as we acknowledge and respect differences, the essential “opposite” for which we live together.