Clarity and Lucidity of a Spiritual Leader ? Parashat Shmini
Rabbi Shmuel Rabinowitz, Rabbi of the Western Wall and Holy Sites

Unfortunately, we will not be hearing this week?s Torah portion, Shmini, in our synagogues. All of humanity shares a common sense of anxiety and concern as we follow the news of the pandemic?s victims. This is a challenging time for all of us. During Passover, which we just celebrated, we tried to be joyous and experience the eternal values this festival teaches us, and now we go back to weekdays and to praying for a return to routine. We share in the deep sorrow of those who lost loved ones, and wish a speedy and easy recovery to those who have fallen ill, and hope and pray wholeheartedly for health, serenity, and a complete redemption. 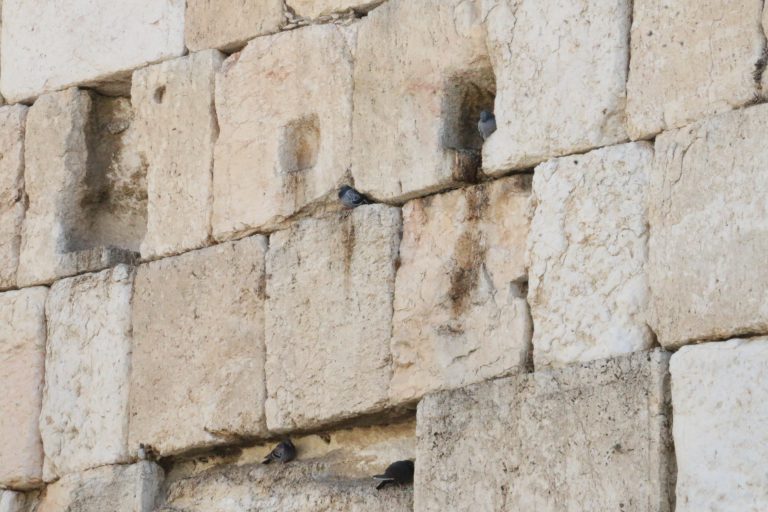 In this week?s parasha, we read about a tragedy that occurred during one of the foundational moments in Jewish history.  This tragedy happened on the day the mishkan, the tabernacle, was established ? the temporary temple that accompanied the Children of Israel in their wanderings through the desert ? after Aaron sacrificed the special sacrifices of the day, and blessed the nation.  Two of his sons sinned. They entered the Holy of Holies ? which was prohibited ? and burned ketoret (incense). The response was severe: Aaron?s two sons died immediately. The nation?s joy abruptly turned to deep grief.

Immediately following the description of the tragic death of Aaron?s sons, we read the following command:

And the Lord spoke to Aaron, saying, Do not drink wine that will lead to intoxication, neither you nor your sons with you, when you go into the Tent of Meeting, so that you shall not die? to distinguish between holy and profane and between unclean and clean, and to instruct the children of Israel regarding all the statutes??

In the ancient social structure of the Jewish nation, the kohanim had two jobs.  One is well-known: to serve in the Temple and offer sacrifices for the nation. The second job is less familiar, and is mentioned in the verses quoted above: ?to instruct the children of Israel regarding all the statutes which the Lord has spoken to them through Moses?.  At the end of the book of Deuteronomy, in Moses? parting words from the tribes of Israel, he describes these two roles: ?They shall teach Your ordinances to Jacob, and Your Torah to Israel; they shall place incense before You, and burnt offerings upon Your altar?.

Clarity, lucidity of thought, and decisiveness are necessary to be able to distinguish between the sacred and the profane.  They are also necessary when learning anything, and certainly when learning the laws of the Torah. Sometimes controlling one?s emotions are necessary in order to examine a situation and determine how to act.  But sometimes the reverse is true and it is appropriate to weight the emotional implications in making a decision. Making a halachic (Jewish law) decision is a profession requiring not only skill, but also, and perhaps mainly, clarity and lucidity of thought.

The kohanim were, what we would call today, spiritual leaders.  And that is true not only of the kohanim. We are all spiritual leaders of our children and of others.  We act as role models. This is a responsibility, especially nowadays when families are sheltering together at home.  We are all trying to get through this time in peace, health, and serenity. This period of time can also be a time of positivity.  This is a good time for creating and strengthening deep relationships within the family, in a couple, between parents and children.  This can be a time for learning and talking to children. For this we need composure. Our first obligation now, in addition to being careful and keeping the regulations mandated by the authorities, is to be leaders, to take responsibility and lead our families during this time of crisis.  All of us feel that our ship is rocking. It is up to us to sail it carefully until, with G-d?s help, we safely reach shore.