In this week?s Torah portion, Behar, we read one of the most important commandments, perhaps the one that most characterizes the Jewish nation: the mitzvah of giving charity.

?If your brother becomes destitute and his hand falters beside you, you shall support him [whether] a convert or a resident, so that he can live with you.? 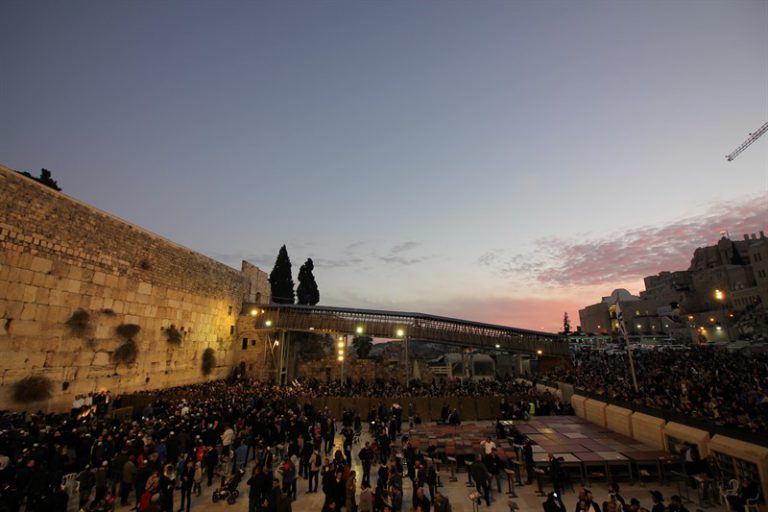 Halachic midrash on the book of Leviticus, called Sifra, or Torat Kohanim, calls our attention to the fact that the verse does not talk about a person who loses everything and is defined as ?poor?. Based on the midrash, this verse is talking about a person who is in financial decline. Anyone who is familiar with economics knows how hard it is to stem such a decline. The midrash says:

If your brother becomes destitute and his hand falters beside you ? Do not let him decline. To what is this similar? To a person falling off a mule. He is still seated ? someone catches him and sets him straight; if he falls ? five people cannot lift him.?

The words ?his hand falters? perfectly expresses his hold weakening. This person, who was a successful businessman or farmer, suddenly lost his grip. His income is in danger and he is worried about the future. We Jews are called upon to help in such a situation ? to hold him up. We are commanded to lend a hand, hold him up, prevent the collapse.

The Rambam (Maimonides, the great halachic authority from the 12th century) wrote in this book Mishneh Torah that there are eight degrees in the commandment of charity. The first and most important of these is based on the verse we are discussing:

?The highest level beyond which there is none is a person who supports a Jew who has fallen into poverty [by] giving him a present or a loan, entering into partnership with him, or finding him work so that his hand will be fortified so that he will not have to ask others [for alms]. Concerning this states: “You shall support him, the stranger, the resident, and he shall live among you.” Implied is that you should support him before he falls and becomes needy.?

(Mishneh Torah, Halachot of Gifts for the Poor, Chapter 10, Halacha 7)
The purpose of the commandment of charity is not just to save the life of the poor. Of course, there are situations in which help is urgently needed; what we term ?pikuach nefesh?. But the commandment of charity deals with a value beyond the life of the poor person. It deals with his dignity and the dignity of every person ? a Jew, a stranger, or a resident.

Therefore, the ?highest level?, in the words of Maimonides, is not to support the poor financially, but to prevent a person from becoming poor, to prevent the collapse, to lend a hand so he does not reach the point of being needy.

Maimonides states that we have never seen nor heard of a Jewish community that does not have a charity box. The commandment to give charity is not just a personal one, but is an inextricable part of Jewish community: the community worries about all its members being able to support themselves respectably.

This week?s Torah portion provides us with a value system relevant to every Jew, Jewish community, and Jewish state. Questions of economics and profit are not detached from considerations of values. A person, community, or state that adopts Jewish values and acts in accordance with them prioritizes all members of their community having the ability to support themselves. Thus, they guarantee a person?s dignity and liberty as it is reflected in the Torah and in Jewish tradition throughout the generations.