Who Will Build the Mishkan? Vayakhel

In this week's Torah portion, Vayakhel, we read the description of how the fundraising was done to build the Mishkan, the Tabernacle, the temporary temple that accompanied the Children of Israel until the permanent one was built in Jerusalem. The call to contribute to the building of the Mishkan went out to the entire nation - men and women - and indeed, the response was impressive:

Every man whose heart uplifted him came, and everyone whose spirit inspired him to generosity brought? The men came with the women; every generous hearted person brought? and every man who waved a waving of gold? And every man with whom was found blue, purple, or crimson wool, linen, goat hair, ram skins dyed red or tachash skins, brought them? Everyone who set aside an offering of silver or copper brought the offering?and everyone with whom acacia wood was found?brought it? And every wise hearted woman? And all the women whose hearts uplifted them with wisdom?
(Exodus 35, 21-26) 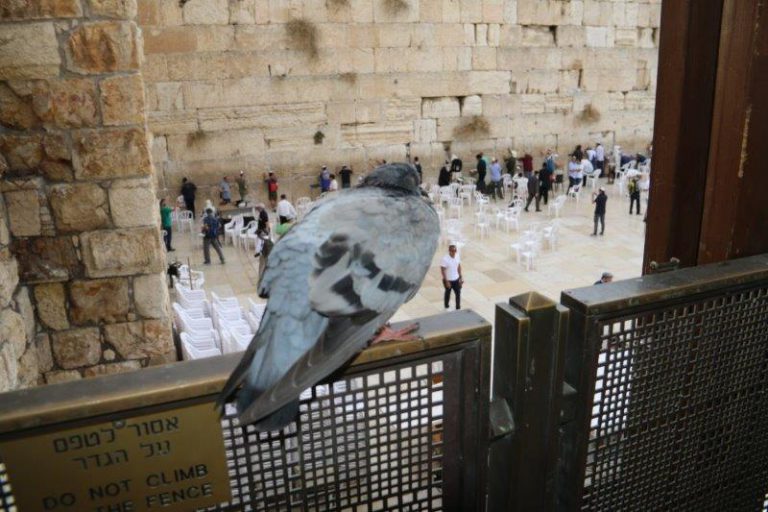 The contributions toward building the Mishkan were brought willingly.  The donors did not hesitate.  The materials were brought first thing in the morning, and everything needed to build the Mishkan, and more, was collected within two days.  Moses had to make an announcement and ask the men and women not to bring anything else that wasn’t needed for the Mishkan (Ibid 36, 3-6).

But there were those who found this phenomenon distasteful.  The sages of the midrash said that it was actually the important people in the nation, the leading nobility – the tribal leaders (called nesi’im) – who were unhappy with Moses’ decision to ask the entire nation to contribute toward the building of the Mishkan.  They thought it would have been more appropriate for Moses to turn to them first and ask them to build the Mishkan.  Moses thought otherwise.  He felt that the Mishkan had to be built with property coming from the entire nation, from all its various classes.  But the tribal leaders did not like this and expected Moses to fail.  They said, “Let the nation bring what it brings, and whatever is missing, we will fill in” (Numbers Rabba, 12).  In their estimation, the nation would not bring everything necessary, either because they couldn’t or because they didn’t want to.  When the nation would finish bringing whatever they brought, it would become apparent that Moses had erred and that he should have first turned to the tribal leaders.  They assumed they would then bring their contribution with the gallantry of victors.

But Moses hadn’t erred. The tribal leaders had.  The nation volunteered en masse to bring whatever was needed for the Mishkan.  The leaders were superfluous.  They embarrassingly asked what was still missing, and when it turned out that nothing was, their own contributions proved unnecessary.
But the tribal leaders persisted and continued to check if there was anything at all that hadn’t yet been brought.  They finally found something:

And the princes brought the shoham stones and filling stones for the ephod and for the choshen;
(Ibid 35, 27)

Furthermore, Rabbeinu Bechayei Ben Asher, a 13th century commentator, writes: Why did the tribal leaders bring the stones that were to be placed on the heart of the High Priest? Because it was typical of them to make themselves seem higher than the nation.  Therefore, they brought the stones that would be on Aaron’s heart – to atone for their arrogance.
The tribal leaders learned their lesson and understood that they must not “lord it” over the nation.  The Mishkan was to be built from contributions from the entire nation, and the leaders would repent by their donation placed on the heart of the High Priest.