The first part of this week?s Torah portion is hinted at in its name, Yitro. We read in great detail about the arrival to the Israelites? encampment of Yitro, the priest of Midyan, Moses? father-in-law. We read of the establishment of the hierarchical judicial system created on the basis of principles suggested by Yitro. The story ends with an indication of the singular character of the story: ?Moses saw his father in law off, and he went away to his land?. Despite knowing that later on, Yitro?s descendants will live alongside the Jewish nation in the Land of Israel, we will not meet Yitro himself again. He returned to his land.

The commentators ? from the Tana?im?s earliest commentary to those of today - are divided as to when this story occurred. There are those who say the story was written where it belongs chronologically, between the war against Amalek written beforehand to the Revelation at Mount Sinai written afterwards. Others say that the story is written out of order and that it occurred later, after the Revelation at Mount Sinai. Obviously, these commentaries had to explain why this story was written out of order. What message was being conveyed to us, the readers, by putting this story in this place? 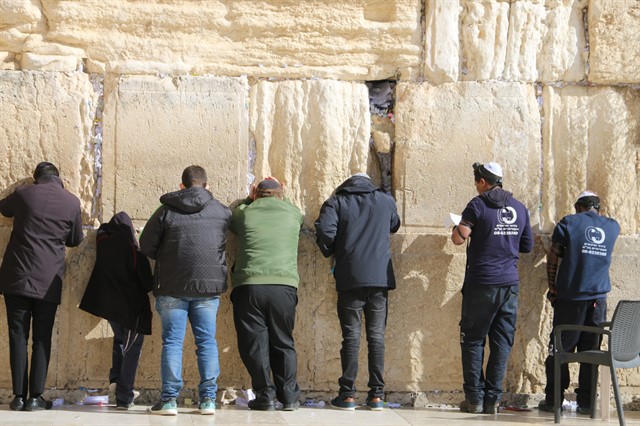 When we look at the entire Torah portion, it seems like the first part stands in contrast to the second. In the story of Yitro, we learn that the Jewish nation?s judicial system was set up under the advisement of an external source, a non-Jew, someone not part of the nation. The great detail of Yitro?s proposal, and the clear-cut words, ?Moses obeyed his father in law, and he did all that he said? clearly express a universal stance that is open to various suggestions and willing to acknowledge the advantages of neighboring cultures.

However, as soon as the story is over and we move on to the Revelation at Mount Sinai when a covenant was formed between the Jewish nation and G-d, special commandments were given obligating only the Jewish people. The Jewish nation is given the status of ?sgula? ? a precious treasure in the eyes of G-d, and demanded to behave accordingly. It could be said that, as opposed to the story of Yitro, the Revelation at Mount Sinai singles out the Jewish people in particular.

There is a famous story of the great library established by Ptolemy II in Alexandria, Egypt in the 3rd century, BCE. At its peak, it held an unprecedented 700,000 scrolls. The library was destroyed by Muslim Caliph Omar who burned down the library with all its holdings, supposedly claiming: They will either contradict the Koran, in which case they are heresy, or they will agree with it, so they are superfluous.

This perception that wisdom exists only within the context of religion is not a Jewish one. Thus, for example, the sages of the midrash teach us:

Wisdom ? logic and intellect ? are universal qualities that every person has, since every person was created ?in the image of G-d?; but Torah ? the guidance of what the correct spiritual and moral lifestyle should be ? is only found in the holy Torah and in the words of the Torah sages.