The first part of the book of Exodus, which we begin reading this week, deals with a dark period when our forefathers were enslaved in Egypt. During this time, an adopted child grew up in the palace of the Egyptian king, Pharaoh, having been brought there from the banks of the Nile by the king?s daughter. His name was Moses. He was one of the Children of Israel, and when he grew up and became aware of his roots, he went to help his brothers oppose the Egyptian enslavement. As a result, his life was threatened and he was forced to escape to another country, Midyan, where he married Tzippora, had two sons with her, and worked as a shepherd for Yitro, his father-in-law. 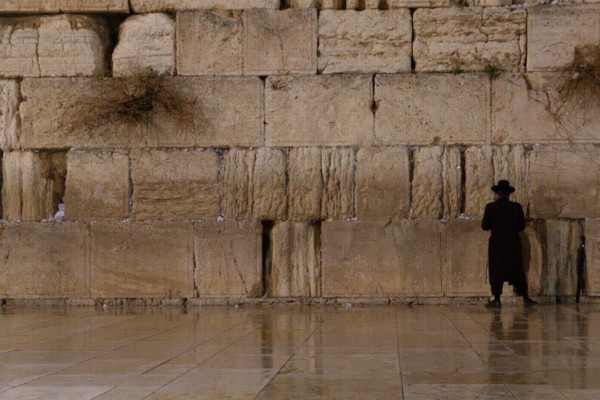 Our Torah portion tells us that one day, Moses was shepherding when he suddenly saw an amazing sight: a thorny bush was on fire but not getting burned. Moses was shocked by this unusual sight, approached the bush, and heard the voice of G-d from inside the fire telling him to return to Egypt, appear before Pharaoh as the leader of the Children of Israel, and demand that he set them free.
The sages of the midrash said that the mention of Moses working as a shepherd hinted at a trait for which he was chosen to lead the Jewish nation and liberate it from Egypt:

Our teachers have said: Once, while Moses was tending [his father-in-law] Yitro?s sheep, one of the sheep ran away. Moses ran after it until it reached a small, shaded place. There, the lamb came across a pool and began to drink. As Moses approached the lamb, he said, ?I did not know you ran away because you were thirsty. You are so exhausted!? He then put the lamb on his shoulders and carried him back. The Holy One said, ?Since you tend the sheep of human beings with such compassion, you shall be the shepherd of My sheep, Israel.?
(Exodus Rabbah 2, 2)

It is similarly told that King David herded his father?s flock and was chosen for the monarchy as a result of his compassion for weak sheep.

Leadership requires many traits. A leader must be courageous, rational, even-handed. It is also important that he be caring and considerate. And it is certainly beneficial if the leader has abilities to listen, cooperate, delegate responsibilities, and work as part of a team. Of course, these are only some of the characteristics of the ideal leader. It is doubtful that there has ever been a leader in history that had all these wonderful qualities. And yet, the more of these important traits a leader can acquire, the better off the nation is that he is leading.

But there is one more trait that is revealed to us by this story of Moses and the sheep: compassion. In order to have compassion for a sheep, one does not require much courage or even great wisdom. Compassion stems from a sensitive heart, a heart that senses emotions. The sheep that ran away from the rest of the flock caused the shepherd to chase him, sweating in the desert heat. Other shepherds might get angry at the sheep, perhaps even hitting it. Moses catches up to the sheep and discovers that the sheep ran away because of an essential need. The sheep was dying to drink.
Compassion enlightens the heart and reveals that escaping is sometimes an expression of a thirst for something. Likewise, it is not uncommon to see teenagers ?escape? ? close themselves off, rebel, react angrily. Usually, this causes greater stress. But compassion will help us identify this escape as thirst for warmth, for love, for recognition, and for appreciation.

If we pay attention to the wonderful language of the midrash, the sages teach us something else about compassion. When Moses sees the thirsty sheep, he takes responsibility for the situation: ?I did not know you ran away because you were thirsty!?. The shepherd should notice when his sheep is thirsty and see to it that that thirst can be quenched. Moses takes responsibility and understands that perhaps that escape occurred due to his negligence.

Leaders carry a great deal of responsibilities. Whether it is a monarch, as was common in the days of the Bible and rare today, or a leader chosen democratically. Ultimately ? a leader has power and he must use it correctly, efficiently, responsibly, and ethically. Parents are leaders as well. They serve as role models for their children, young and old, and make decisions that impact the character of the family home. There is a commonality to the leader of a nation, a community, and a family ? compassion must guide their path.