In the Torah portion Chayei Sarah, we read about the generation change in the family of our patriarchs ? the family that established the Jewish nation. At the beginning of the portion we hear in sorrow of Sarah?s passing and of Abraham?s efforts to bury her in Hebron. The portion ends with Abraham?s passing and burial alongside his wife Sarah. In the middle of the portion, we read about the efforts to find a wife for Isaac, to create the next generation of the nation?s patriarchs.

Eliezer, Abraham?s servant, was tasked with finding a wife for Isaac. Abraham begins by warning him not to find a wife from among the women of Canaan, making his servant swear to this while telling him to go to Haran, Abraham?s birthplace, to find a wife there. 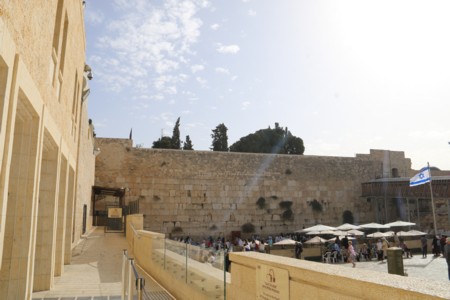 Is this difference intentional? Commentary of the past two-thousand years focuses on every style change conveying some idea. The message of the scriptures cannot be revealed by quick and superficial reading, but only by reading slowly, carefully, and with sensitivity. This kind of difference makes commentators wonder about the significance of the term ?God of the earth.? How does God?s rulership of the earth express itself?

Let us look at the words of the great commentator of the 11th century ? Rashi:

What does Rashi teach us here? That the term ?God of the earth? is not to be taken for granted. God?s existence is obviously not in doubt. But how much He influences the world is based on people?s faith. When people believe in God and trust in Him, only then can He be described as ?God of the earth.?

We return again to Abraham?s central message. Abraham did not innovate the existence of God. Monotheism existed before Abraham?s time. His innovation was in understanding how to make God present on earth, in the reality of our lives. Abraham grasped ? and taught others ? that faith is not focused on God?s strength alone, but in His values. If man implements the values God stands for, then God will be present on earth and can be referred to as ?God of the earth.?

Abraham?s first innovation was that God has a specific path or value. His second was the revelation of that path: righteousness and justice. Abraham believed that God is the pinnacle of justice and integrity. Therefore, taught Abraham, man must walk in God?s path, examine his ways, check that his behavior falls into the categories of righteousness and justice, and establish societies that are based on these values. This is the tremendous project Abraham began ? to make God present on earth. Isaac followed, and then Jacob, his twelve sons, and then generations of Jews? leading to ours.

The project is not yet complete. We are all welcome to take part in it.