Parashat Emor – outside of israel 5778

Conversion ? Joining the Jewish Nation
Rabbi Shmuel Rabinowitz, Rabbi of the Western Wall and Holy Sites
This week?s Torah portion, Emor, deals with a variety of subjects: the laws of impurity and purity and other halachot (Jewish laws) pertaining to priests and sacrifices in the Temple; Jewish holidays and their halachot; halachot of the order of service in the Temple; a short story about a fight that led to reviling God?s name; and finally, there is a short list of ?legal? halachot between people ? the laws pertaining to a murderer and those relating to someone who kills someone else?s animal, laws about someone who injures his friend and about someone who injures his friend?s animal.
At the end of this short list of halachot, there is a verse that reflects one of the principles of Jewish justice:
?One law shall be exacted for you, convert and resident alike, for I am the Lord, your God.?
(Leviticus 24, 22)
Who is the ?convert? mentioned here? This is a person who was not born Jewish but decided to join the Jewish nation and take upon himself to keep the Torah. This ?immigrant? to Judaism might experience rejection by veteran ?citizens?. The Torah warns that this is not acceptable. ?One law shall be exacted for you, convert and resident alike.? 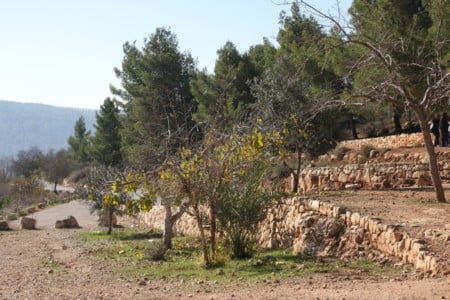 What we infer from this is that there is a latent battle between human nature and the moral code of equality and justice irrespective of pedigree or race. The reason for this moral code is given as well as the verse continues with the words ?for I am the Lord, your God.? In the words of the commentators (Rashi, France, 11th century; Ibn Ezra, Spain, 12th century): ?The God of all of you. Just as I attach My Name uniquely upon you [native Jewish people], so do I attach it uniquely upon the converts [to Judaism].?
God declares that in His eyes, there is significance to a person?s ancestry. Just to his behavior. If a person chooses to join the Jewish people, he must be treated as a family member of the highest pedigree.
Even though the story of the Jewish nation is the story of a family, beginning with Abraham, Isaac, Jacob and his twelve sons, the Jewish nation is not based on race. Even as the nation was formed with the Exodus from Egypt, the Torah tells us of many from other nations who joined the liberated people. Over the course of generations, many joined the Jewish people by accepting the Torah and its commandments and have become an inseparable part of it.
This is possible because the Jewish nation is founded on concepts and a life-style. Maimonides (Rabbi Moshe ben Maimon, Spain-Egypt, 12th century) describes a person who wishes to join the Jewish nation as someone who is doing what the entire nation did at the Revelation at Mount Sinai. Just as the entire nation stood thousands of years ago and declared, “All that the Lord spoke we will do and we will hear”, so a convert declares that he takes upon himself the unique idea that the Creator bestowed to the Jewish nation ? the Torah. Thus, along with circumcision for men and immersion in a ritual bath, he becomes an inextricable part of the Jewish nation.
Because of this, joining the Jewish nation is a different process than joining any other people. Immigrants from one country to another to do not have to undergo any ceremony after which they become part of the new nation. It is usually a slow process of absorption, assimilating gradually to the new place. In Judaism, however, if the ceremony is done according to halacha and by rabbis who are authorized to do it, there is no need for a gradual absorption. The decision to be part of the mission, to be ready to fulfill the commandments, after understanding the significance of rules determined by halacha, then the minute the ceremony is over, he is immediately part of the Jewish nation.
We can only be amazed by the men and women who convey readiness to change their lives based on deep faith in God and His Torah. Halacha expresses this amazement and admiration by determining that converts are considered ?sons of Abraham?. Therefore, actually, converts are people of the highest pedigree of all.