The Power of Gifts to the Poor - From Egoism to Altruism
Rabbi Shmuel Rabinowitz, Rabbi of the Western Wall and Holy Sites

At the beginning of this week?s parasha, Ki Tavo, we read about two ?agricultural? commandments that can only be fulfilled in the Land of Israel and which deal with the relationship between man and the harvest grown in his field.  One is the mitzvah of ?bikurim?, first-fruits, and the other is ?ma?aser ani?, poor man?s tithe.
What is poor man?s tithe? Every year, after a person brings his harvest in from the fields, he must take off ten percent and give it to others.  The receivers of this tithe are not permanent. The Torah set up a seven-year cycle.  On the third and sixth years, the tithe goes to the lowest socio-economic layers of society, those who are unable sustain themselves, such as converts, orphans, and widows. 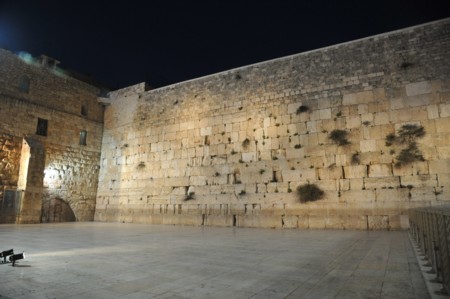 Bear in mind, in the ancient world, especially in a society whose economy was agriculturally based, a family that did not have a father to support it was almost incapable of supporting itself.  Therefore, orphans and widows were general terms referring to anyone who was not able to support themselves financially without assistance.Beyond the social benefit to the mitzvah of poor man?s tithe, its significance lies in the conception acquired by the farmer who regularly sets aside ten percent of his crops to be given away.  This deed implies that his ownership of the crops is not complete.  Even the crops are only a gift he received from God and that he must share with those who were not given such a gift.After the farmer gives the poor man?s tithe (and the other tithes of that year and the two years preceding it), the Torah provides him with a text to read, including a declaration that the commandments of the tithes have been properly fulfilled, followed by a moving request from God that He continue to provide economic abundance for His nation:

Then you shall say before the Lord, your God?I did according to all that You commanded me.Look down from Your holy dwelling, from the heavens, and bless Your people Israel, and the ground which You have given to us, as You swore to our forefathers a land flowing with milk and honey.(Dvarim 26, 13-15)

At first glance, this is a classic prayer requesting God to bless His nation that fulfills His commandments.  But the great commentator Rashi (Rabbi Shlomo Yitzchaki, France, 11th century) discerned the uniqueness in the phrasing of this request.Hebrew, as many other languages, has synonyms ? two or more words with identical or very similar meanings.  Sometimes these different words can be used in the same way, but each of them has a specific connotation.  Thus, for example, ?look down? could be written in several ways.  The Torah chose the word ?hashkifa? for a reason. Rashi said the following about this word:Whenever the word ?hashkafa? occurs in Scripture, it denotes evil, except ?Look (Hashkifa) from Your holy dwelling,? for the power of gifts to the poor is so great that it converts the Divine attribute of wrath to mercy.

Careful analysis by Rashi of every appearance of the word ?hashkafa? in the Bible pointed to a negative connotation, used when the looking stemmed from negative motivations or led to a negative result.  All except once, in this week?s parasha when the farmer asks of God ?Look down from Your holy dwelling?and bless Your people.?  The ?hashkafa? here obviously has neither a negative motivation nor a negative result.  Why, then, was this ?inappropriate? word chosen?Rashi answers that this phrasing expresses the deep significance of the request.  The farmer is making a daring request: Even if God has reason to look down angrily at the Jewish nation, may this glance turn into one of compassion and love. The request is conveyed by the unusual use of a word which usually carries a negative connotation but is used here in a context of blessing and abundance.Rashi also concluded that such a request is particularly appropriate for the commandment of poor man?s tithe.  Why? Because the power of gifts to the poor is so great.  The switch a person makes in his heart when he takes his hard-earned crops and gives part to the needy, switching from egoism to altruism, is so significant that it warrants making such a daring request.  When a person chooses a path of charity and kindness, it warrants asking God to turn His wrath to mercy.