Justice – The Source of Blessing 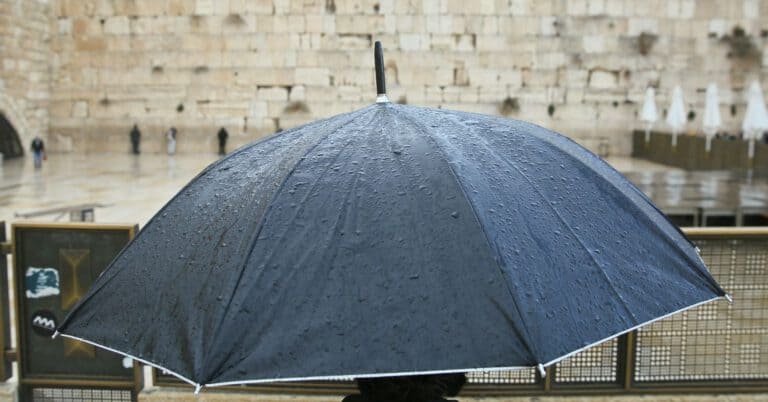 As we read in the first parashot of the book of Genesis, when Adam and Eve were created, G-d blessed them with the blessing of procreation to fill the land.  Only a short time later, Adam and Eve sinned when eating from the Tree of Knowledge leading to G-d cursing them and cursing the land because of them.  G-d cursed Adam with needing to work hard to get bread from the earth and Eve with needing to suffer greatly in order to bring children into the world.

Ten generations passed until the appearance of Noah who was unable to prevent the flood from destroying the humans who filled the world with evil and moral corruption. Noah’s father, Lemech, hoped his son would bring rest from the difficult life filled with futile attempts to grow fruit “from the ground, which the Lord has cursed” (Genesis 5, 29).

That prayer was fulfilled when, after the flood, G-d promised “I will no longer curse the earth because of man” (Genesis 8, 21) and that from then on, the land would bear fruit. The validity of the ancient curse of the land was weakened, but blessing did not reappear in the world.  Humans still had to work hard to grow their harvests, life was difficult and full of suffering, and people continued to live with the sense that they were cursed and admonished by G-d.

The first few verses of this week’s parasha – Lech Lecha – convey the dramatic change in this world order with the reappearance of blessing in the world.  Ten generations after Noah, a man named Abram – later to be renamed Abraham – appeared on the stage of history.  G-d turned to him and asked him to go to a different land, and blessed him:

The word “bless” appears five times in these verses, in various forms.  In addition, G-d tells Abraham that not only is he going to have great blessings and abundance, but that the entire world will be blessed because of him. We have to ask ourselves: What was so unique about Abraham, the patriarch of our nation, that merited such blessings?

In different places in the Bible, the term “one” is associated with Abraham to emphasize the amazing fact that in his day, he stood alone in the face of all other people and banished darkness from the world.

Abraham bequeathed two tremendous concepts to the world, both being different sides of the same coin: faith in one deity and the pursuit of justice. How are these two intertwined?

The prevailing worldview in Abraham’s time was that the world was at the mercy of the random impulses of the gods. A person who acted with integrity did not necessarily get rewarded for this, but rather the powerful and violent were the ones who were.  This view led to evil and to a lack of justice.  But our patriarch Abraham believed from his youth that there must be a creator and leader in the world, and that therefore, there had to be order in the way the world and nature operated.  Abraham believed that there was one G-d leading His world.  When a person acted with integrity and kindness, he would be rewarded, while evil would always ultimately lose out.  This view was the one that led him to bequeath to the world G-d’s path – the path of righteousness and justice.

G-d himself said the following about Abraham:

For I have known him because he commands his sons and his household after him, that they should keep the way of the Lord to perform righteousness and justice…
(Genesis 18, 19)

Abraham’s unique path, believing in one G-d and “keeping the way of the Lord to perform righteousness and justice”, is that which led G-d to turn to him and bless him, and to bless the entire world because of him.  It seems that we can sometimes see this nowadays as well, when great blessings come upon the life of a person who lives honestly, pursues justice, and performs acts of loving-kindness.

Similarly, the prophet Isaiah turns to us and asks us to turn to our nation’s patriarchs, the pillars of our people, and draw inspiration from them for a life of justice and blessing:

Hearken to Me, you pursuers of righteousness, you seekers of the Lord; look at the rock whence you were hewn and at the hole of the pit whence you were dug. Look at Abraham your father and at Sarah who bore you, for when he was but one I called him, and I blessed him and made him many.
(Isaiah 51, 1-2) 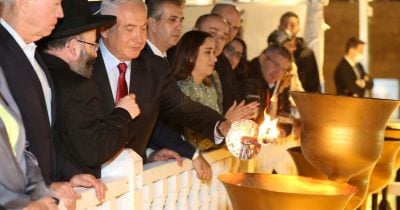