Who Is G-d Speaking To?

Bs?d  Yitro 5780
Rabbi Shmuel Rabinowitz, Rabbi of the Western Wall and Holy Sites
In this week?s Torah portion, Yitro, we read about the most dramatic and most significant event in Jewish history: The Revelation at Mount Sinai.  During this event, which occurred in the Sinai desert over 3,000 years ago, the Jewish nation in its entirety experienced a one-time-only Divine revelation in which the eternal covenant between G-d and the Jewish people was sealed:
?And now, if you obey Me and keep My covenant, you shall be to Me a treasure out of all peoples, for Mine is the entire earth. And you shall be to Me a kingdom of princes and a holy nation.?
(Exodus 19, 5-6) 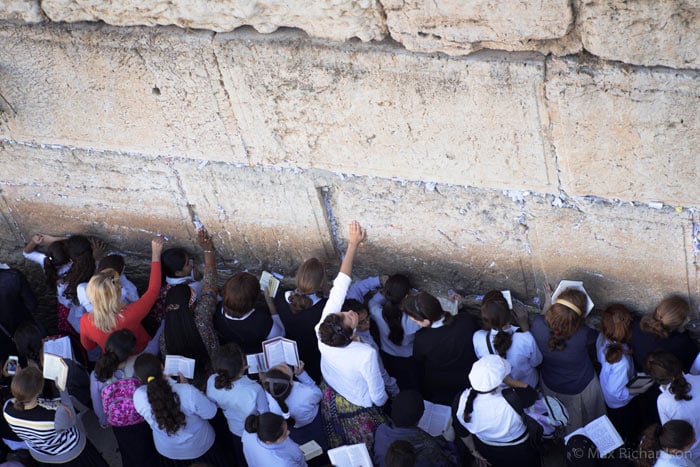 In this revelation, the Jewish nation was given the role that our ancestors have fulfilled with pride and devotion: being loyal to the values of the Creator of the Universe, values of morality and holiness, by keeping commandments that express these values.  This loyalty, that at times has taken its toll, is the direct result of the event we read about in this week?s Torah portion.

Historians point to the framework of the Revelation at Mount Sinai as one that shows similarities to the ?vassal oath of allegiance? that was prevalent during ancient times.  As part of these oaths, a powerful ruler would make a covenant with a weaker king with each guaranteeing the other?s interests.  This framework provides us with an opportunity to clarify additional meanings behind the Revelation at Mount Sinai which are sometimes overlooked.

This emphasis comes against the backdrop of the inferior status of women in the ancient world. The sages of the midrash wanted to emphasize that for G-d, there was no significance to gender, race, or color.  G-d spoke to everyone and wanted a partnership with everyone.

This is particularly noticeable when we read:

?But beware and watch yourself very well, lest you forget the things that your eyes saw, and lest these things depart from your heart, all the days of your life, and you shall make them known to your children and to your children’s children, the day you stood before the Lord your G-d at Horeb [Mount Sinai].?
(Deuteronomy 4, 9-10)

When we think about it, it seems to go without saying that this is meant for everyone.  But again, when we think about how the world was when the Torah was given, we realize how much the Torah has influenced our lives and our most basic conceptions.  Among the more than one million writings found in archaeological excavations in the countries of the near-east, not one of them (!) is the story of a nation telling itself ? parent to child ? about the history of the nation, its national narrative and its various spiritual missions.  Most of those other writings deal with relationships between gods and kings.

The Torah is not merely a spiritual?moral guidebook given by G-d, and it is also not only an ancient national-historic document.  The Torah is a book that establishes the status of the common man, positions him or her as a partner of G-d?s, as someone whose actions are of essential significance.  Judaism turns to each and every one of us ? men and women ? and proposes that we be a partner in Tikkun Olam, repairing the world.  In response to this proposal, we are called upon to respond as our ancestors did in this week?s parasha: ?We will do and we will listen?.