How to Eat from the Tree of Knowledge ? Genesis

And again ? we start at the very beginning, at Genesis/Breishit, with the amazing stories that describe the foundations of existence. After we have just finished the exciting celebrations of Succot, we begin reading the Torah again from the starting point: the creation of the world, the story of the sin in the Garden of Eden, and the brotherly strife between Cain and Abel.

Let?s focus on the sin in the Garden of Eden. We read the description of this incredible garden with amazing trees and streams that nourish them. Utopia. Two special trees stand in the center of the garden: the Tree of Life and the Tree of Knowledge. God forbids Adam and Eve from eating the fruit of the Tree of Knowledge, but after the snake tempts the woman, she eats from the forbidden fruit and then persuades Adam to eat from it as well. This sin leads to punishments for those involved: Adam, Eve, and the snake. In addition, Adam and Eve are banished from the Garden of Eden. 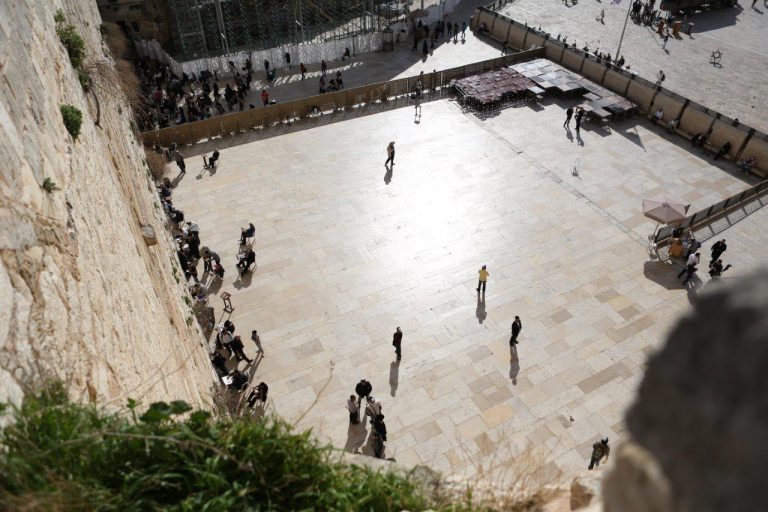 This story raises a basic question: Why was it forbidden for Adam and Eve to eat from the Tree of Knowledge? Is knowledge a negative thing? It seems that after they ate from the forbidden fruit, they actually did mature and acquire knowledge. Is this the message we are meant to internalize ? that knowledge and maturity are negative?

This question was asked by many commentators, led by Maimonides in his book The Guide for the Perplexed. There are as many answers to this question as there are people who have asked it.
The description of the transgression reminds us of the familiar process of adolescent maturation. Many times, when an adolescent reaches a certain age, they rebel against their parents and turn in directions that differ from those in which they were educated. Is this a healthy process or an unhealthy rebellion?

The answer is that maturity does not have to be attained only through rebellion. There are positive ways in which to mature. Through honest communication with parents, adolescents can choose their path while maintaining the traditions and education they were raised with. Rebellion is not essential. It could be this alternative is a longer route, but it is undoubtedly a healthier and better choice for the adolescent.

What was expected of Adam and Eve? What is expected of all people? That they should undergo the long and complex process of maturation through listening and tolerance, discipline and honest desire. This way, humanity would mature much more successfully and would avoid the trauma of a quick and rebellious adolescence.

In the literature of Kabbala, it is explained that the prohibition stating that Adam and Eve could not eat from the Tree of Knowledge was not for forever, but for several hours. If they had waited until the evening, they would have been allowed to eat from the fruit. This point epitomizes the failure of quick maturation that tries to grab the future before its time, and thus falls to a lower place than where it started.

This question ? whether it is better to mature slowly or quickly, gradually or dangerously abruptly ? is not faced only by the adolescent, but also by every one of us. Every one of us, at any stage of ?maturation? faces tradition, the wisdom of previous generations, the authority of Jewish sages and must choose to either rebel and sprint forward, or to proceed slowly and responsibly. The fruit of the Tree of Knowledge tempts us all, and the question is not whether or not to eat it, but when to eat it, how to carefully consider the right time so that we do not rush and lose what we have already achieved.