This week, we reach the happy ending of the long and complicated story of Joseph and his brothers.  The story stretches over a period of forty years and does not end gradually. All of a sudden, Joseph breaks down in tears in front of his stunned brothers. ?I am Joseph?, he tells them, adding, ?Is my father still alive?!?  It seems from this question that this concern has been on his mind since he was sold into slavery at the age of 17 until now, at the age of 39, as he blurts it out during the dramatic encounter with his brothers. 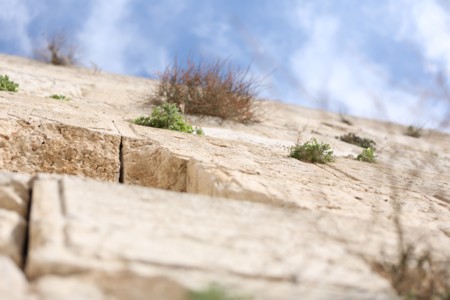 But that is actually not true.  Joseph knew his father was alive.  His brothers told him, before they knew they were speaking to their brother, when they thought they were standing before an Egyptian ruler.  They told him several times that their elderly father was still alive, using that as the motivation for their decisions.  With that in mind, Joseph?s question takes on a different meaning.  ?Is my father still alive?!? he asked, meaning – How did my father survive the past 22 years? Did he miss me? Was his life worthy of the word ?life? if he knew his beloved son was no longer?This question shakes the brothers to their core.  They see it ? understandably ? as an accusation of guilt.  They are the ones who sold Joseph into slavery, the ones who caused their father such deep sorrow.  They are the ones who acted impulsively, motivated by jealousy, and caused their father such grief that he never recovered.So now they are afraid.  The past cannot be undone and this surprising turn of events does not bode well for them.  What would Joseph do to them now?  Presumably he would take revenge for the terrible injustice.  They do not see any way out of this terrible conundrum they brought upon themselves.And then Joseph surprises them.  Instead of laying on the guilt, he chooses a path of forgiveness: But now do not be sad?that you sold me here, for it was to preserve life that God sent me before you?
And now, you did not send me here, but God.?
(Genesis 45, 5-8)
Joseph overcomes his feelings of anger and vengeance and chooses to explain reality differently.  He asks (!) his brothers not to be sad about selling him into slavery.  Why? Because what was on their part an act of wrongdoing was actually part of a larger Divine plan: to send Joseph to Egypt where he would rise to greatness and then be able to sustain his extended family during years of famine.The lesson we learn from Joseph here has an interesting message: People have a limited view.  They see a bit into the past and a bit into the future, but they cannot view history in a general sense.  A person can calculate his future steps, but anyone with even a bit of experience recognizes that the future is literally unpredictable.Therefore, when someone does something wrong to us, we have no way of knowing what the real significance is.  Sometimes, what seems like a wrongdoing turns out later to be beneficial for us.  This is where forgiveness comes in.  Our faith that God oversees the world and directs what happens in it makes us realize that another person?s chances of influencing our present or future are actually quite slim.This outlook is refreshing in comparison to the incredible seriousness with which we take ourselves.  We think, plan, try to initiate the course of our lives.  This is all good, but alongside this rational, thought-out plan, there is a smidgen of doubt, something that shakes our self-confidence.  We can use this moment to try to see grievances as temporary and inconsequential in the general scheme of things, remembering that there is always a Divine plan.