A Song of Partners

The last day of Passover, called ?Shvi?i shel Pesach?, the Seventh of Pesach, is a Yom Tov (outside of Israel, the following day is a Yom Tov as well).  This means that all the laws of Yom Tov apply, such as: prohibition of doing ?melacha? other than those relating directly to food, etc. 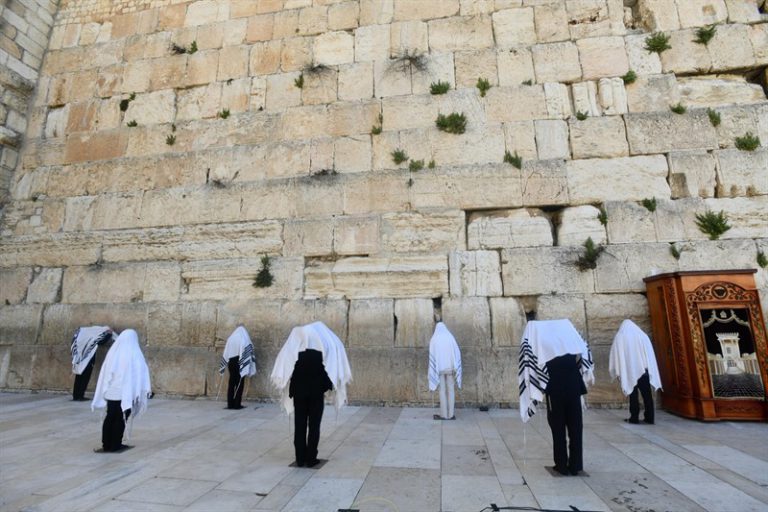 What is special about the last day of Passover? On the fifteenth of Nissan, the Children of Israel left Egypt.  Actually, the moment of liberation was the night before. While the Children of Israel were in their homes in the middle of the night, G-d struck the Egyptians with ?the plague of the firstborn? ? all the Egyptians? firstborn died.  This plague drove the Egyptian king, Pharaoh, to tell the Israelites ? ?Get up and get out from among my people!?.

The Jewish nation left Egypt the next morning, and for six days it wandered through the Sinai desert until it reached the shores of the Red Sea.  Meanwhile, the Egyptian king had a change of heart and led his army of chariots as it chased after the liberated nation. As the Jewish nation stood on the banks of the sea, the Egyptian army came up behind it.  The nation was caught between the sea and the pursuing army, with no reasonable chance of salvation.

During this confusing and despairing time, there were those who turned to prayer and cried out to G-d for salvation; others attacked Moses and accused him of leading them into this dangerous adventure; there were those who despaired and wanted to surrender; and those who preferred to jump into the sea and commit suicide just not to return to the horrific slavery in Egypt.  Then the surprising Divine directive was given:

This is the initial description of the event known as the Parting of the Red Sea.  If we look carefully, from the order of things, it seems that the Children of Israel were commanded to walk into the sea even before it split.  They were told to enter the sea and only then the sea split. The Children of Israel were being asked to partner in a Divine act. Indeed, G-d is omnipotent, but He demands that man be an active partner, taking part in progress.  When the Children of Israel stood on the banks of the sea, the active role they were asked to take was entering the sea with faith that G-d had not abandoned them, and He who had taken them out of Egypt would save them from the current adversity as well.

We commemorate the Parting of the Red Sea when celebrating the last day of Passover.  We remember these great moments when the nation had the courage to confidently enter the sea.  And then the wondrous event occurred: the sea split into two and the Children of Israel passed through it.  We note that after the Parting of the Red Sea, they sang the Song of the Sea, something they had not done when they were liberated from Egypt. The song stemmed from a sense of partnership.  The Children of Israel felt they had a part in the victory over the Egyptians, and so they saw themselves as worthy of expressing their feelings in a lofty and transcendent song.

All of humanity is currently experiencing a very difficult period of time.  There a great number of victims of the coronavirus, and we are all in our homes, trying to preserve our health and that of our loved ones. Around the world, scientists and experts are working tirelessly to find a cure and vaccine against the virus, and we hope and pray for their success.

With G-d?s help, soon, humanity will overcome the virus and find a way of dealing with it.  When that happens, we will stand together as active partners with our heavenly leader. We will have done our part: by being careful and meticulously abiding by all the directives; by working at finding solutions; and of course ? by praying to the Creator of the Universe. When G-d helps us and provides us with the solutions to this plague, we will be able to stand and sing a song as partners in the repair of the world and the advancement of all creation, speedily and in our days, Amen.