Where do we belong?

Where do we belong? Vayigash
Rabbi Shmuel Rabinowitz, Rabbi of the Western Wall and Holy Sites

Last week we read about the significant turnaround in Joseph?s status in Egypt, from an imprisoned slave to second to the king, actually ruling all of Egypt. This week, we read about an important stage in Jacob?s biography.  He finds out that his lost and beloved son, Joseph, is still alive, in Egypt, and he decides to go down to Egypt with his family and live there during the years of famine.  In retrospect, we know that this was not only for the famine years, but would actually turn out to be the beginning of the Jewish nation?s story in Egypt, a story of torture and salvation, exile and redemption. 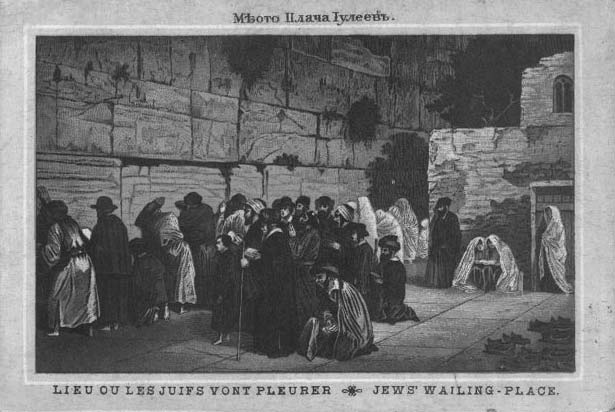 When Jacob went down to Egypt from his home in Hebron, he passed through the city of Be?er Sheva where he experienced a Divine revelation that shows us, the readers, what was happening in Jacob?s heart at the time:

?And G-d said to Israel in visions of the night?Do not be afraid of going down to Egypt, for there I will make you into a great nation. I will go down with you to Egypt, and I will also bring you up?
(Genesis 46, 2-4)

From these words, we understand that Jacob was concerned about going down to Egypt.  Many commentators explain that Jacob knew what had been promised to his grandfather, Abraham: “You shall surely know that your seed will be strangers in a land that is not theirs, and they will enslave them and oppress them, for four hundred years? (Ibid 15, 13).  Jacob was concerned, legitimately, that his going down to Egypt was tantamount to willingly entering a trap of slavery and torture.

When the sages discuss the reason why Jacob walked via Be?er Sheva, they say that he had something to do there.  The story begins decades earlier, when Abraham planted trees in Be?er Sheva.  These trees were cedar trees and Abraham planted them for a lofty purpose.  He intended to use these trees to build a Temple for G-d.  Jacob going to Egypt, say the sages of the midrash, went through Be?er Sheva in order to cut these cedars down and take them with him to Egypt ? where they remained for centuries, until the Jewish nation?s exodus from Egypt when they built the Tabernacle from this wood.

The sages of the midrash hint at another concern pulling at Jacob as he went down to Egypt, one that led him to chop down these cedars meant for the building of the Temple and take them with him to Egypt.

Jacob knew that going to Egypt carried a spiritual and cultural risk.  The advanced Egyptian culture of those days was very impressive.  We know this not only from stories.  Archaeological excavations of the last century have revealed some of the incredible cultural richness of Egypt in those days.  This was an attractive and seductive idolatrous empire.  Jacob knew that he was about to expose his family to a very problematic culture.  He wanted to make his descendants comprehend and remember their destiny; to help them as they faced Egyptian culture.

Jacob?s solution was to pass through Be?er Sheva, chop down the trees Abraham had planted for the Temple, and take them to Egypt.  These cedars in Egypt served as a constant reminder to Jacob?s family, and later to the entire Jewish nation.  The wood reminded them that their true place was not in Egypt, and that their culture was not the one within which they were living.

?The actions of the forefathers are a sign for the children?, tell us Jewish sages.  If our Jewish values are precious to us, we must learn from Jacob and raise the questions: Where do we belong? What is our Jewish culture? Are we marching toward our ancient Jewish destiny?

These questions are critical to preserving and developing the values, beliefs, and commandments that the Jewish nation has been representing and keeping for thousands of years.  They are critical to guaranteeing Jewish continuity.