Rabbi Shmuel Rabinowitz, Rabbi of the Western Wall and the Holy Sites
Yom Kippur, which starts with sundown on next Tuesday and ends on the following night, is a special day in the Jewish calendar; a holy day, when Jewish men and women congregate in the synagogues and pray to Hashem in the hope that on this day ? the Day of Atonement ? Hashem will atone and forgive them for all their sins.

The process of personal ?cheshbon nefesh? (introspection) for each one, is known in Jewish tradition as ?Teshuvah.? When a person faces up against himself and sincerely asks the important questions: for what reason am I living? Does my lifestyle correlate with my values? Do I believe that I have the ability to progress spiritually? How can I be a better person? These questions demand that a person give himself answers. Answers that bring him closer to the moral goals that he has set for himself. 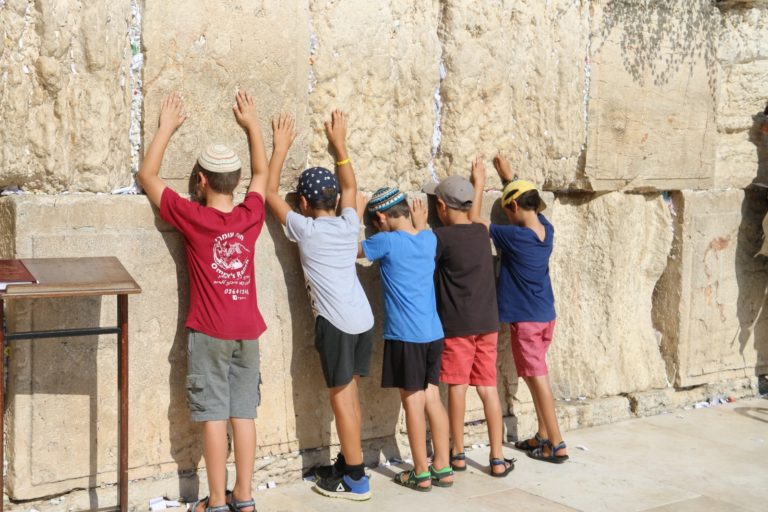 When talking about a specific inappropriate act that a person committed, a sin between man and God, man and himself or man and another man, the process of Teshuvah involves ?Vidui? (confession). This is how Maimonides describes this in his Mishne Torah:

?If a person transgresses any of the mitzvot of the Torah, whether a positive command or a negative command – whether willingly or inadvertently – when he repents, and returns from his sin, he must confess before God, blessed be He?

Recognition of the sin in true sincerity is the first, and vital, stage of the Teshuvah process. This is an elementary stage, because anyone who does not recognize his actions and their significance, cannot repair them. But Vidui is not the internal recognition only. We are required to express in words the actions for which we want to perform Teshuvah, as described by Maimonides further on in his essay:

How does one confess: He states: “I implore You, God, I sinned, I transgressed, I committed iniquity before You by doing the following. Behold, I regret and am embarrassed for my deeds. I promise never to repeat this act again.” These are the essential elements of the confessional prayer. Whoever confesses profusely and elaborates on these matters is worthy of praise.

Why are we required to express our sins verbally? Is it not sufficient that we know that we sinned and we are regretting the sin?

We will try to understand the principle of Vidui according to one of the greatest Mishnaic sages, Rabbi Akiva, who is quoted at the end of Tractate Yoma ? the section of the Mishna dealing with Yom Kippur:

?Rabbi Akiva said that the Jews should rejoice that they are cleansed by God Himself, as per Ezekiel (36:25), ?I will sprinkle clean water on you and you will be cleansed.? Also, Jeremiah (17:12) calls God ?Mikvei Yisrael? ? ?the Hope of Israel? ? but that can also be read as ?Mikveh Yisroel? ? ?the Mikvah of Israel.? Just as a mikvah purifies the ritually unclean, so too does God purify the Jews.

Rabbi Akiva presents two questions: ?Before whom are you purifying yourself? Who is purifying you?? and gives one answer to both questions ?Your Father in the Heavens.? Further on he compares Hashem to a ?Mikve? ? a pool of water that purifies the impure ? ?Even Hakadosh Baruch Hu purifies Israel.?

If we read his comments clearly, we will find the most interesting idea, that can cause the cords of man?s soul to tremble. The accepted perception claims that man is required to perform Teshuvah and to purify his soul in order to successfully fulfil Hashem?s demands and commandments. Rabbi Akiva does not deny this, but he adds another detail that changes the entire picture: Who is the one purifying? What is the Mikve in which man?s soul is being purified? Hashem is the purifier, He is the Mikve!

This is the Vidui. When we express our sins verbally and recognize them clearly, we remove the intervening objects. In these special moments of closeness to Hashem, we drop all facades, the pride, the attempt to tell ourselves stories that lack honesty. We stand before Hashem and confess: True, I sinned with this action, and sinned with another action, I avoided a positive action. True, Hashem, I recognize my sin and am not interested in it anymore.

Through the Vidui, we remove all intervening objects and are able to immerse ourselves in the wonderful Divine Mikve, which is promised to us only when we express our true desire to return and cling to the values of eternity.