The book of Deuteronomy is dedicated entirely to Moses? speeches of parting from the nation. Many issues are raised in these speeches, with the common denominator being the preparation of the nation as it is about to enter Canaan and encounter the nations there ? an encounter with great physical and spiritual risks. 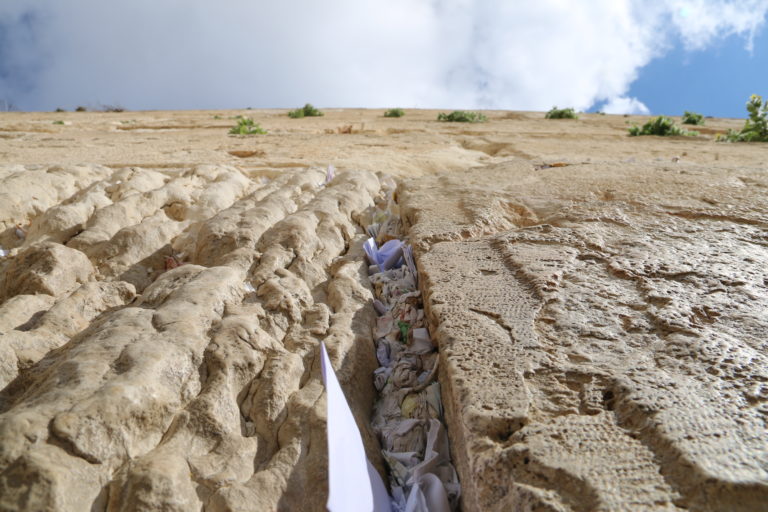 One issue that repeats itself over and over in different variations in Moses? speeches is the prohibition of idolatry. The cultural encounter with the nations of Canaan could negatively affect the Jewish nation, so Moses explains, persuades, and warns, trying to bequeath tools so that the Jewish nation can deal with Canaanite mythology and its accompanying world view and lifestyle.

Now, thousands of years after humanity has been weaned off of idolatry because of the influence of the Bible, we wonder: What was so tempting about idolatry? It seems rather stupid. Why did Moses feel the need to repeatedly warn the nation about it?

The truth is that if we try to understand the idol worshipper, we can understand that idolatry is an intuitive-natural take on reality. In contrast, Judaism is a revolutionary concept that a person has to delve into in order to grasp. We would be mistaken if we think that idolatry has disappeared from the world. True, the Bible has managed to almost completely wean humanity off of the primitive acts of idolatry, but the roots of idolatrous conceptions still exist and are conveyed in various ways even in modern cultures.

When we stand in nature, our hearts open, we are amazed by the magnificence of mountains, the anger of the sea, the threat of death, the joy of rain, the gloominess of clouds, the compassion of hearts, and the passion for beauty. Natural phenomena have power and force. People who have tried to make sense of it all created myths that tell of fighting gods who had different powers and complicated relationships, with man caught in the middle. This is how idolatry was born ? the fear, the threat, and the helplessness led humanity to worship natural forces. This is idolatry.

Judaism tells a new story. The Torah ?wipes the slate clean? of various natural forces, teaching us that there is only one power, that of G-d. He is transcendent, exalted, has no needs, and as opposed to the various idols ? He has values. Natural forces, down to the last one, are emissaries of the one and only G-d, activated by Him, and have no independent power whatsoever.

This innovative approach conveys a huge moral obligation. Idolatry assumes that every god has needs, and in order to get its help, man has to supply it with what it needs. Thus, a person worships one god during the day, a different one at night; one god in the winter and a different one in the summer. Man runs from one god to the next and is in a constant existential struggle between gods. In contrast, Judaism does not speak to fear and anxiety, but offers man faith in a G-d that has no needs but has ideological and moral demands. G-d fears no one, and man is not required to protect Him or defend himself from Him.

Fear and anxiety capture a very deep place in man?s heart. The risk in blindly following them, and as a result turning to idolatry, is very great. But even after idolatry seemingly disappeared from our lives ? we see that it actually hasn?t. We still face and shift between different world views: between anxiety and security, between lack of faith and faith. Reality can lead us to feeling a complete lack of faith in the world or in humanity, a lack of faith that is diametrically opposed to Jewish faith.

It is for this reason that we read and examine the book of Deuteronomy, the book that is largely dedicated to the war on idolatry. We are invited to examine the significance of this struggle and to derive from it a world view, values, and lifestyle based on trust and faith, Jewish morality and values.