One Generation Joins Another ? Bamidbar
Rabbi Shmuel Rabinowitz, Rabbi of the Western Wall and Holy Sites

The book of Numbers begins with a description of the camp of the Children of Israel in the desert. Seemingly, this is a marginal topic. The Jewish nation was liberated from slavery in Egypt, and now was on its way to the Promised Land ? the Land of Israel. Is the route itself of any significance? Is the way the temporary camp was organized in the desert of any significance? If the Torah goes out of its way to describe in detail how the camp was set up and how it worked, it must be to give us a clue about lessons we are meant to learn from this description; messages that will be taught and will shape generations of Jews. 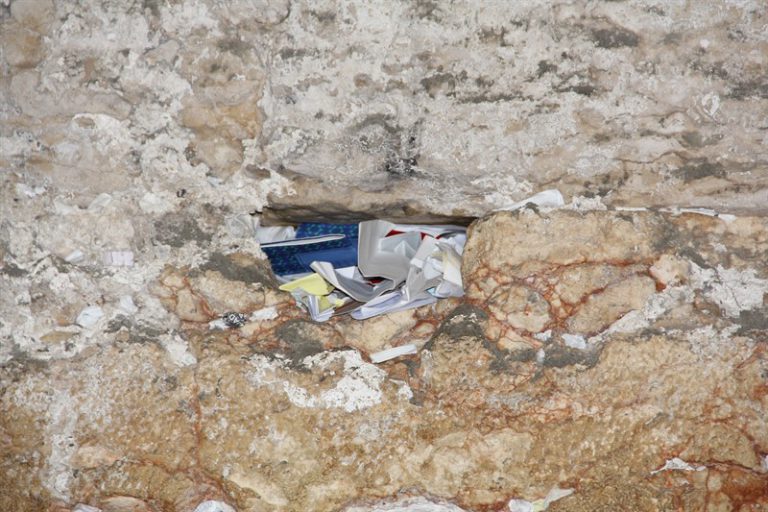 The children of Israel shall encamp each man by his division with the flag staffs of their fathers’ house; around the Tent of Meeting they shall encamp.

Twelve tribes camped in the encampment of the Children of Israel, each tribe on its own, with each tribe having its own flag expressing that tribe?s uniqueness. The midrash describes the symbols that were on these flags:

Every nasi (tribe leader) and nasi had a map, and the color of every single map was like the good stones that were on Aaron?s heart? Reuben?s flag was red and had mandrakes painted on it; Simon?s was green and had Shechem painted on it; Judah?s was blue and had a lion painted on it??

The midrash gives long descriptions of each tribe?s flag and teaches us that the flags expressed the essence of the tribe and its role as part of the entire nation?s mosaic.

But, if we return to the verse with which we began, we will note that there is a special emphasis put on the center of the camp ? ??around the Tent of Meeting they shall encamp?. The Tent of Meeting, Ohel Mo?ed, was the Tabernacle. It was given this name because this is where G-d would reveal Himself to Moses. All the tribes, with their unique flags, were centered around the Tabernacle.

The recognition that each tribe has its own unique role came with a risk: It could divide the nation and create alienated groups and segments. The nation would be united despite the differences among the groups only if they all remember that they share a common goal which is to worship G-d.

Rabbi Eliyahu Eliezer Dessler, an important Jewish philosopher of the Mussar Movement in the 20th century, said the order of the tribes? flags was something essential. In his book, Letters from Eliyahu, he compared the different groups in the Jewish nation to the different parts that make up a complicated machine. It is not enough for all the parts to be together. They must be in a specific order so that each part is positioned where it is meant to be, and when the machine is turned on, it should work with all the other parts that are also positioned perfectly.

Furthermore, claimed Rabbi Dessler, the order is essential not only for the success of the nation in a specific generation and for a specific period of time. Every generation has its own character, its own culture, its own questions that concern it and its own new answers. One generation joins another. Jewish tradition does not lean only on the distant past, but sees each generation as a continuation of all humanity, working toward the purpose of complete redemption. All generations from all periods of time share this goal. Every era makes its own contribution to this, and every generation has its own special quality.

But as we saw in the desert camp, the relationship between the different groups in the nation was preserved by their common goal, with all the tribes surrounding the Tabernacle in the center of the camp. It is the same in relation to different periods of time in Jewish history. What unites one generation with those that preceded it is the common and shared purpose of worshipping G-d. This is the bond between generations and between periods of time, creating a chain of generations that nurture each other and build upon each other.