Parasha of the Week, Parashat Devarim

Love of Fellow Jews and the Torah
Rabbi Shmuel Rabinowitz, Rabbi of the Western Wall and Holy Sites
This Shabbat we will begin to read the book of Deuteronomy, the fifth and final of the five books of the Torah. Most of it describes a series of speeches given by Moses to the nation before departing from them as they were about to enter the Land of Israel.
The first speech starts with a description of the place where Moses was making the speech.
These are the words which Moses spoke to all Israel on that side of the Jordan in the desert, in the plain opposite the Red Sea, between Paran and Tofel and Lavan and Hazeroth and Di Zahav. (Deuteronomy 1, 1) 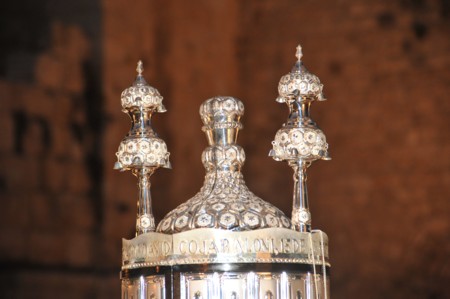 This is seemingly a list of places given to accurately describe the place where Moses is delivering the speech. But the famous commentator Rashi (Rabbi Shlomo Yitzchaki, France, 11th century) explained this list of places as a hint of an additional aspect of the Moses? admonitions to the Children of Israel. He wrote that since the speech was composed of rebukes and admonitions about the failures of the nation throughout its forty-year journey through the desert, Moses was listing the places where these failures took place. So why not mention the list of failures explicitly?
[Moses] merely alludes to them [by mentioning the names of the places] out of respect for Israel. (Rashi on Deuteronomy 1,1)

This explanation comes after a long line of explanations written by Rashi at the beginning of each of the books of the Torah praising the Jewish nation.
In the first verse of the book of Genesis, Rashi writes that the world was created for the Jewish nation which is called ?Reishit?, beginning; at the beginning of Exodus, Rashi asks why the list of Jacob?s sons appears again after it had already appeared at the end of Genesis, and then he answers ?to declare fondness for them.?; Rashi writes at the beginning of Leviticus of the fondness of the prophets who acted for the benefit of the Jewish nation; in Numbers, Rashi again deals with the question of why God commanded a census and writes, ?because they were dear to Him, He counted them often.? And now as we see in the book of Deuteronomy, he writes of respect for Israel.
This is not coincidental. There is a message here that this important commentator wanted to convey to anyone who read his commentary: There is a precondition to learning Torah which is love of Israel, of fellow Jews. Before starting to read any of the books of the Torah, you must remember to whom it was given ? to a nation called Reishit, that is loved by God and whose honor and respect are important to Him.
There is a midrash by Chazal that illustrates God?s fondness for the Jewish nation:
There is an allegory about a person who was sitting and making a crown for the king, someone walked past and asked ? What are you doing? He answered ? I am making a crown for the king. He said ? Anything you can put in it, good stones and gems ? put them in! And why? Because this crown is going to be on the head of a king! That is what the Blessed be He said to Moses: Any way you can praise Israel ? praise! If you can glorify them ? glorify them! Why? Because I am going to boast about them, as it says ?You are My servant, Israel, about whom I will boast.? (Isaiah 49, 3)?
(Leviticus Rabbah, 2)
This midrash expresses God?s love for the Jewish nation and describes God commanding Moses to praise them since God himself boasts of them. But more than this, the allegory implies that the Jewish nation is the crown that adorns the king?s head.
Being a Jew is undoubtedly an obligation. Belonging to a nation whose purpose is to be a ?kingdom of priests and a holy nation? is a mission. But we mustn?t see Judaism as a heavy burden. On the contrary, this is the greatest gift ever bestowed by God to mankind. Judaism is the result of love and that?s how it should be treated.