Corruption Not in Our House!
Rabbi Shmuel Rabinowitz, Rabbi of the Western Wall and Holy Sites
This week?s parasha, Chayei Sara, can be summarized as: The change of generations in the Patriarch?s family.  But this short title hides behind it a complicated drama.  After Abraham?s wife, Sara, dies, he understands that he has to find a wife for his son Isaac.  Abraham worried that if Isaac wouldn?t get married, there would be no continuation to his family and as a result there would be no continuation to the monotheism that stood for the values of justice and charity ? that same faith that Abraham spread thousands of years ago and which his descendants ? the Jewish people ? stand for until this very day. 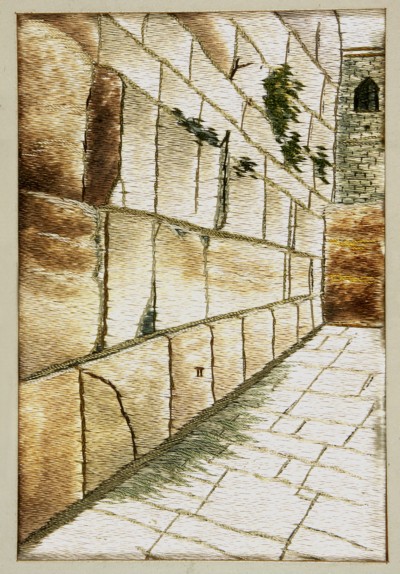 This concern leads Abraham to command his servant Eliezer to set out on a search in the land of Abraham?s birth ? Aram Naharayim, which sits on the river Prat. There, warns Abraham, you must find a wife for Isaac.  Abraham, as we know, has been living in Canaan (the Land of Israel) for decades and has even entered into covenants with its residents.  However, he makes his servant swear that he will not take a wife for Isaac from among the Canaanite women.
Why? What fault did Abraham find in the women of Canaan? We would understand Abraham if his family back in his native land shared his belief in one god.  But that was not the situation.  Abraham?s family worshipped idols as did the rest of the people of Canaan.  Why, therefore, did Abraham prefer the women of Aram Naharayim over the women of Canaan?
This question has been asked by generations of biblical commentators.  But we will examine the answer of the greatest of Spanish rabbis of the 14th century, Rabbi Nissim of Gerona, as he wrote in his book ?Drashot HaRan.?  According to him, the flaw Abraham found in the people of Canaan was not based on their belief in idol worship.  His concern was different.  He knew the people of Canaan well and saw that their behavior was improper.  They did not believe in values of morality; they did believe in exploitation and robbery.  Canaan had a developed culture of greediness rather than charity, of deceitfulness rather than honesty.  This culture came to a head in Sodom, a city that abused its guests in order to prevent strangers from staying there.
Therefore, adds Rabbi Nissim of Gerona, Abraham refused to let Isaac marry a woman from Canaan.  He was adamant about not integrating with a culture that does not stand for moral values.  Furthermore, Abraham understood that distorted value impact far more than the individual.  A person who acts deceitfully is an educational role model for his children who may also adopt those same distorted behaviors.
Abraham battled idol worship his entire life.  From when he began to stand for monotheism and the values that stem from it, he would wander from place to place to spread the message.  But Abraham knew that it was possible to deal with various beliefs.  He was convinced of the righteousness of his path and was not afraid of facing idol worshippers.
But dealing with corruption is a different story.  A person raised in a home where norms are distorted, where there is no honesty or justice, is hard to repair. A person can change and acquire a moral outlook and improve his behavior even if he was educated badly.  But Abraham was not prepared to take that risk.
These principles that were the basis of the Jewish nation have to remain our beacon.  Every parent, every educator, has to be aware that his actions are shaping future generations.  A person without integrity harms not only those around him, and not only himself.  He harms what is dearest to all of us ? our children.