This week?s parasha, Ki Tetzeh, deals with a wide array of commandments pertaining to Am Yisrael?s individual and public life in its land.  This included the laws of inheritance and laws of war, laws of building a home and plowing a field, laws of marriage and laws of divorce.  One of the halachot (Jewish laws) in this parasha is meant to emphasize the comprehensive moral journey which Torah life should teach Am Yisrael.  This is the journey the nation took during the thousands of years of its existence as it stayed on the path of Torah and influenced the nations around it with the values of the Torah.  This halacha deals with a slave who escaped from its master.
Let us read two verses from the parasha:
You shall not deliver a slave to his master if he seeks refuge with you from his master.
[Rather,] he shall [be allowed to] reside among you, wherever he chooses within any of your cities, where it is good for him. You shall not oppress him. 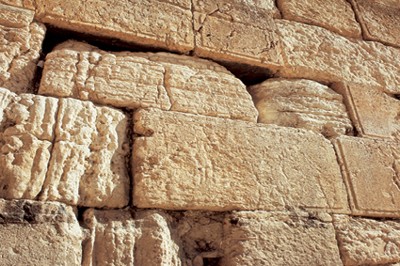 We get into a complicated situation here, both personally and politically.  In the ancient world, slavery was legitimate.  The wide-held conception was that a slave was his master?s property.  Slaves were treated as such: they were worked to the bone, and were sold by their owners to other countries.  Taking a slave?s personal circumstances into consideration would be considered odd, even ridiculous.Furthermore, turning in slaves who escaped from their masters was considered justified and even moral since a slave was the property of his master.  If the slave escaped to an adjacent land, there was an ?extradition agreement? which would return the slave to the country from which he escaped.But there was one country that did not abide by this agreement.  This was the country of the Jewish people living in the Land of Israel. Every slave in neighboring lands knew that if he managed to escape to the Land of Israel, he would not be turned in to his master.  On the contrary, the Torah commands us to greet him warmly and give him the freedom for which he escaped.If we might have thought that this was discussing a Jewish slave who escaped from his non-Jewish owner, the halacha determines the opposite: these verses refer to a non-Jewish slave who escaped from his Jewish owner abroad to the Land of Israel.  The value of freedom is greater than Jewish solidarity so that a non-Jewish slave would gain shelter from his Jewish owner.We should note the repetitive emphasis in this verse.  Besides forbidding turning in a slave, the Torah clarifies: [Rather,] he shall [be allowed to] reside among you, wherever he chooses within any of your cities, where it is good for him. The escaped slave can choose where to live, in the mountains or the valleys, the city or the village.  Not in slums, but where ?it is good for him?.  And at the end, there is another warning regarding the treatment of the slave: You shall not oppress him. He cannot be insulted or demeaned.  He should not be reminded of his lowly social status.  This escaped slave gets the absolute best.
The Torah did not abolish slavery, but it completely shook it to the core.  Every Jew who lived during a time of slavery was supposed to ask himself: If I am forbidden from turning in an escaped slave, and I am obligated to allow him complete freedom, how can I enslave another person in my home?! What justification could there be to treat any person as property when I am supposed to allow any slave who can to escape this treatment to a life of freedom?
The abolishment of slavery took thousands of years more to come to fruition.  It was not easily attained.  Many people ? among them those considered extremely intelligent ? had not internalized that a person cannot be treated as property.  Humanity went through a long process that culminated in the internalization of this message and the abolishment of slavery in most countries of the world.When we understand the message of these verses, we grasp that the Torah did not command only specific deeds, but wished to educate all of humanity.  This educational process sometimes took thousands of years, but it ultimately succeeded.  Every little step of fulfilling the commandments of the Torah contributes to the long and significant journey toward the goal: repair of the world and repair of mankind.