In this week?s parasha, we meet Yitzchak?s and Rivka?s sons: Yaakov and Esav, the famous twins that were so different from one another there was a difficult rivalry between them.
From the time of their birth, they were different. ?And the first one emerged ruddy; he was completely like a coat of hair, and they named him Esav?. While Yaakov attested that he himself was smooth. Their occupations were very different as well. ?And the youths grew up, and Esav was a man who understood hunting, a man of the field, whereas Jacob was an innocent man, dwelling in tents.? (Breishit 25, 27) 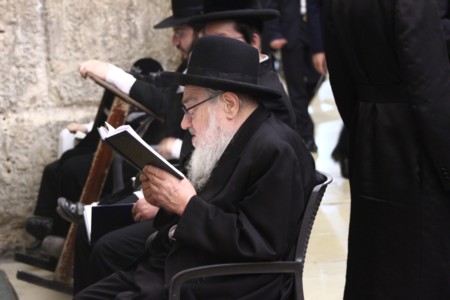 But it was not just these differences that created the rivalry. It stemmed mainly from what is described in the following verse: ?And Isaac loved Esav because [his] game was in his mouth, but Rebecca loved Jacob?. This is the story of twins born after years of anticipation, but there was a tear in their background. Their father loved one of them while their mother loved the other.
We tend not to look upon the nation?s leaders as standard people. Yitzchak?s love for Esav, Rivka?s love for Yaakov ? neither stemmed from simple feelings, but rather from a deep and ideological concept of Avraham?s family?s great purpose.
Avraham and Sara, Yaakov?s and Esav?s grandparents, merited a promise that a nation would come of them. They knew, and Yitzchak and Rivka knew as well, that this nation would need to represent justice and lawfulness as the father of the nation ? Avraham ? had done. When Yaakov and Esav were born, it was clear that one of them would be the ideological heir to G-d?s path and from whom the nation would come. But which one of them? Who was more suitable and more worthy?
Yitzchak and Rivka could not agree on this. Yitzchak understood that in order to form a nation, one needed strength, the ability to act, to create, to conquer, and to build. Rivka understood that in order to create a nation one needs spirit, depth, the ability to observe, to dream, to believe, and to hope. The problem was that neither of the twins had all these qualities. Yitzchak saw Esav as the one who could create a nation while Rivka saw Yaakov as the one with the spiritual capability to provide significance and spiritual content to a nation.
Ultimately, a decision was made. Yitzchak was about to bless Esav, but Yaakov, sent by his mother, tricked Yitzchak into blessing him instead. The blessings were not just a way to express love, but acted as a prophecy and determination of who would carry the torch forward. The fact that Yaakov got the blessings taught Yitzchak that he had been mistaken, that G-d wanted Yaakov and not Esav to continue Avraham?s path. Yitzchak internalized the message and blessed Yaakov again, this time willingly: ?And may the Almighty God bless you?And may He give you the blessing of Abraham?? (Breishit 28, 3-4)
The message was clear ? spirit defeated strength. G-d does not want a nation which is strong and successful yet devoid of values. He wants a nation which is ideological and faithful even if at times it lacks strength. It might mean that the path is harder, the route more winding, but the aim would be reached: Yaakov would father a nation with faith at its core, and based on that faith, it would build a way of life and inner strength.
For thousands of years, the Jewish nation has treasured Avraham?s values, Yitzchak?s blessings, and Yaakov?s spirit.