Loyalty to Family and Nation

Parashat Balak
Rabbi Shmuel Rabinowitz, Rabbi of the Western Wall and Holy Sites
This week’s Torah portion, Balak, is almost completely about seeing the Jewish nation from the outside. 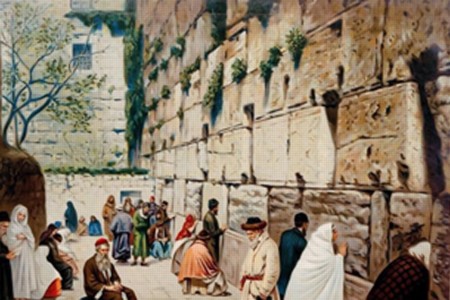 It describes Balak, the Moabite king who lives on the eastern side of the Jordan, who fears the Israelites encamped opposite his land.  This fear leads him to a famous sorcerer named Balaam who lives in Mesopotamia. After a double negotiation, Balaam agrees to go with Balak’s emissaries in order to curse the Jewish nation.  On the way, Balaam has a unique experience with a talking donkey who admonishes him for his deeds.  At the end, Balaam arrives in Moab, stands on the mountain, and looks out onto the plain where the Israelites are camped.  He tries to curse the nation from the top of the mountain, but surprisingly, the words that come out of his mouth are words of blessing and praise.

The end of the parasha is much less pleasant.  It tells us about the nation that was seduced by the daughters of Moab and of the plague that spread through the nation.  The reader can’t help but ask himself if there is a connection between the stories.  We will see the answer to this question only in two weeks, in Parashat Matot, where we hear Moses say who it was who advised Moab to use the weapon of sexual temptation. It was no other than Balaam himself.

If we listen to Balaam’s words, we can understand his devilish scheme.  Balaam understood what the Jewish nation’s unique qualities were and it was those he tried to harm.

When Balaam was at the top of that mountain looking out at the Jewish nation camped in the valley, he expressed his wonderment:

“How goodly are your tents, O Jacob, your dwelling places, O Israel!”

What was Balaam so amazed by when he saw the tents in the Israelites’ camp?  The great commentator, Rashi, explains this based on the words of the midrash: “For he saw that the entrances were not facing each other”. Balaam noticed the norms of modesty that were customary in the Jewish nation.  He saw that each family made sure not to look into the tent of its neighbor, and he appreciated this.  He understood that family values require effort, and he understood that marriage requires effort, restraint, and loyalty.

Balaam noticed something else as well.  He defined the Jewish nation with the following sentence:

“…it is a nation that will dwell alone, and will not be reckoned among the nations”

Balaam noticed not only the loyalty exhibited in a marriage or a family, but also that which was national – cultural loyalty.  He understood that the value that was the foundation of the Jewish people is loyalty to its unique traditions and values.  We know that Balaam was right, because thousands of years after him, we can look back on the history of the Jewish nation.  Indeed, the Jews have been amazingly loyal to their values.  The Jewish nation that was dispersed all around the world remained the eternal nation due to its values and traditions.

Balaam maliciously tried to destroy the values of modesty and the national uniqueness of the Jewish people.  When he saw that he wasn’t able to curse them, he advised the king of Moab to send Moabite girls to seduce the Israelites into promiscuity and idol worship.  Balaam discovered the nation’s weak point in that moment in time and tried to destroy its values of morality and faith in this despicable manner.

And we have to admit that Balaam was right.  Preserving the values of modesty and family and being careful not to assimilate has protected the Jewish nation for generations. Nowadays, it’s even harder.  At a time when permissiveness prevails and values that were clear-cut are now ambiguous, it becomes harder to preserve these values.  But if we remember that our very national and cultural existence depends on this, we can have the fortitude to face these challenges, draw courage from the glorious heritage of our forefathers, and bequeath this heritage to future generations.