A Life of Kiddush Hashem

Sanctifying the Name of G-d ? Emor

When we want to survey a Torah portion and see what its main idea is, we can use the literary tool of searching for a ?lead word?.  This rule, rooted in the literature of Chazal and then developed in the 20th century, states that a certain linguistic word or root that appears many times in the parasha can allude to the central thesis of that parasha.

In this week?s parasha, Emor, there is no doubt as to the leading word.  It is the root K.D.SH., for sacred or holy. The words ?kadosh?, ?kodesh?, ?kdoshim?, ?mikdash?, and more appear fifty times!  In a considerable fraction of them, it is in reference to a warning not to defile the holy, such as in: ?They shall be holy to their G-d, and they shall not desecrate their G-d’s Name?, ?He shall not leave the Sanctuary, and he will not desecrate the holy things of his G-d?, ?so as not to desecrate My Holy Name?, and more.  The main idea of this parasha is, therefore, the sacred and the profane.

We all know what profane is.  But what is sacred? What is missing in our earthly existence that is filled by the sacred? Man naturally aspires to the lofty, to that which is transcendent, and sanctifies the things he feels are beyond his reach, that are not tied to a specific place and time but that are eternal.  Judaism emphasizes the concept of holiness and demands that the Jewish nation be a holy nation.  But what is holiness? What is sacred?

One thing can be said with certainty: The holiness discussed in the Torah is not mystical.  Under the title of ?holy?, there are many moral and humane commandments like respect for parents and not stealing.  This is not, then, a layer above humanity.  It is at the level of people, at the familiar human state, that the Torah wishes to add a different, additional meaning of holiness.

One of the famous personalities in the Hassidic movement of the 19th century was Rabbi Menachem Mendel Morgensztern of Kotzk, called the ?Kotzker Rebbe? (Poland, 1787 ? 1859).  He was known for being uncompromisingly demanding of his followers.  One of the sayings attributed to him refers to the verse ?And you shall be holy people to Me?: ?G-d has angels in the heavens?, said the Rebbe. ?He wants us as humans, but as holy humans ? ?holy people?.?

Holiness does not contradict humaneness, and certainly does not mean to cancel it.  Holiness wishes to lift up humanity, to make man?s daily activities gain in significance.  Holiness colors humaneness in a different hue.

In this parasha, we read about the commandment of Kiddush Hashem:

?You shall not desecrate My Holy Name. I shall be sanctified amidst the children of Israel.?

Kiddush Hashem, the sanctification of the Name of G-d, is not just a matter of devotion to keeping the mitzvot, the commandments.  It is also a matter of living a loftier life that leads people to appreciate the Torah and those who follow it, as said by the Rambam (Maimonides):

? if the scholar restrains himself, speaks politely to his fellow men, and when among them acts like one of them, and receives them pleasantly, takes abuse from them but never gives abuse to them in return, respects them, even those who do not respect him, acts in business honestly?so that all praise him and love him and crave to imitate his actions, behold he does sanctify the Lord?

(The Rambam?s Mishneh Torah, Foundations of the Torah, 5) 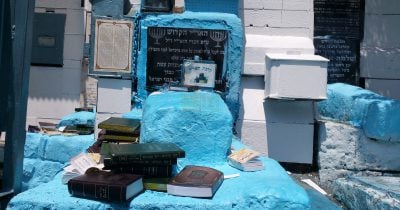 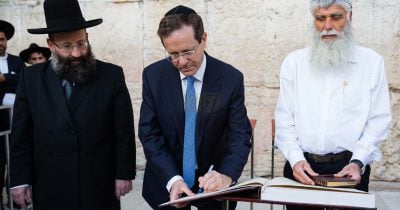