An Invitation to Spiritual Redemption

?Leil Haseder? is the first night of Passover, when we celebrate the freedom bequeathed to our ancestors thousands of years ago, when they had been enslaved in Egypt and were liberated after a chain of wondrous and supernatural events.  In memory of this liberation, we celebrate Passover, eat matzah and avoid eating chametz for seven days.  On Leil Haseder, we gather for a special event in which we pass on the torch of Judaism by combining the unique mitzvahs (commandments) of this evening ? eating matzah, maror (bitter herbs), and drinking four cups along with reciting the Passover Haggadah and telling the story of the Exodus from Egypt. 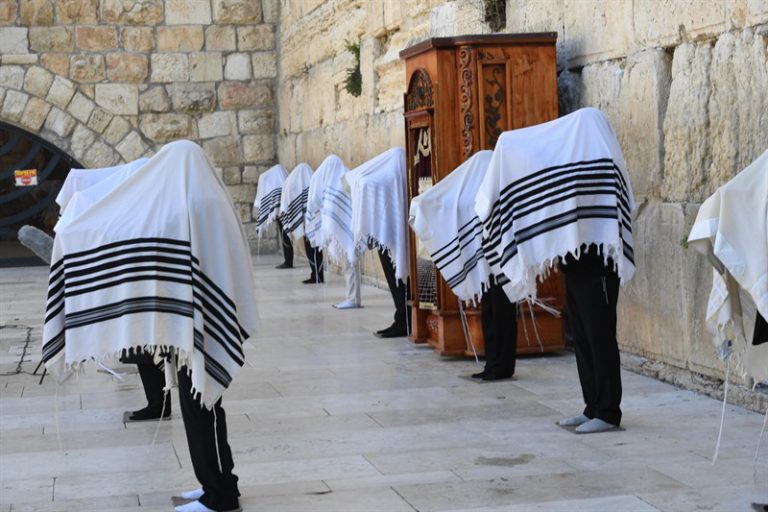 The name of this evening symbolizes its central theme.  Though we are celebrating the exodus to freedom, we recognize that the seder (order) that expresses humility in the face of ancient tradition is what gives meaning to freedom and turns it from plain freedom to a positive one with a spiritual aspect.

The liberation which our ancestors experienced has been compared to some surprising things.  The first example appears in the book of Deuteronomy:

But the Lord took you and brought you out of the iron crucible, out of Egypt?

The sages of the midrash explained this verse with this picturesque description:

Just as this goldsmith extends his arm and takes the iron from the mine, so the Blessed be He took the Israelites out of Egypt.

Alongside this description, we find a completely opposite description in the same midrash:

So were the Israelites inside Egypt, like a fetus inside an animal; and just as the shepherd puts his hand inside the animal and takes it out, so did the Blessed be He??

The exile in Egypt was a double one: spiritual and physical.  Physically, Egypt was a terrible place, a land where our ancestors were enslaved and their basic rights were trampled on. But spiritually, being in Egypt was not experienced as difficult.  The integration of ancient Jews into Egyptian culture was pleasant, and they were not sure they even wanted to leave it.

In the Exodus from Egypt, along with it being a liberation from slavery to freedom, there was also an aspect of rebirth.  The Jewish nation had to part from the Egyptian culture in which it had settled and prepare for receiving the Torah ? Judaism?s great spiritual purpose.

In the Haggadah we say: ?In every generation, a person must see himself as though he left Egypt.?  This is not an imaginary exaggeration, but a call to every Jew to join the historic exodus, to redeem ourselves from the various things that enslave us, such as chasing money or social status.  We have all been privileged to enjoy physical freedom, but we must attain spiritual freedom by making significant decisions, by making an effort and giving up certain things.

Leil Haseder is characterized by a series of symbolic rituals that convey freedom.  It invites us to join the chain of generations that saw in the story of the Exodus from Egypt the opportunity to join that yearned-for spiritual freedom.

Every year, at the beginning of the Seder, we declare the following: ?Kol dichfin yetei veyechol?, which is translated as ?Whoever is hungry is invited to come eat with us?.  The meaning of this pronouncement is that we don?t see the celebration of freedom as a private event, but as a national one belonging to every Jew.  Therefore, it is an ancient custom to invite guests to join us for Leil Haseder.

This year, Passover is coming at a time of global despair.  The coronavirus plague has claimed victims all around the world and has forced us to take many safety measures to save our lives and those of our loved ones.  Therefore, in many countries, the clear direction has been given not to invite guests for the holiday.  Even now, especially now, we must remember those lonely people waiting for a good word, who are likely going to spend the holiday alone. We must remember our obligation to make sure that every Jew has the best possible arrangement ? in accordance with the regulations of the health authorities ? in order to celebrate the holiday.

We will not leave any Jew feeling sad on this holiday, and in merit of this we will be privileged to have a complete redemption, when Hashem says to our troubles: Enough!